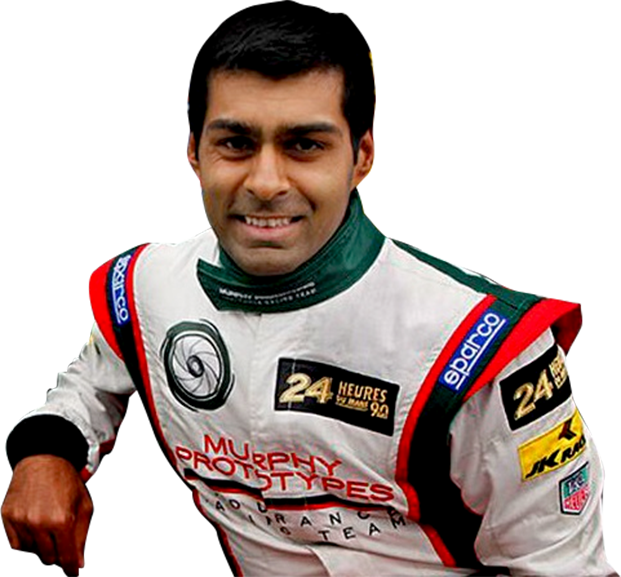 Speed has been a constant in the Chandhok family. It comes as little surprise then that Karun Chandhok is one of only two Indians to have driven in Formula 1. Having dad Vicky, a former Indian racing and rally champion as guide, he first grabbed headlines in 2000 with a record-breaking seven race victories en route grabbing the Indian National Racing Champion crown.

He then impressed as the youngest Asian Formula Champion in 2001, followed by three seasons in the British Formula 3 National Class where he was awarded the ‘Most Promising Asian Driver of the Year’ in 2003. In 2005, he became the first Indian to race in the A1 Grand Prix series, and made history a year later as the first-ever champion of the Asian Formula Renault V6 Championship. The same year, he joined Red Bull Racing as a test driver. It was the consistency that earned him Formula 1 drives with HRT (2010) and Team Lotus (2011) in consecutive seasons. The 31-year-old currently plies his trade for Mahindra Racing in the Formula E series, and also competes in the Le Mans 24-hour race.

He also hosts two charity events every year titled ‘Karun’s Karting Carnival’ and a 500-km cycling event, ‘KC 500’, for the cause of education.

Been racing since 2000 in the JK Tyre National Racing Championship. His family was involved in the sport – both his father and grandfather used to race and rally, and also prepare cars for teams so he grew up at the race track and has been travelling with the JK Tyre Rally team through the 1990s.

First race  was in the JK Tyre National Racing Championship in 2000 when he was 16. He started from pole position but messed up the start and lost out to Kamlesh Patel. He passed him on the final lap to win, which was pretty good considering it was his first ever race.

First competitive race was was the JK Tyre National Racing Championship in 2000.

Best and worst race till date was the GP2 win at Spa in 2007. He says that was a good one but he also had a really good race in GP2 in 2008 at Silverstone where he started 10th but finished on the podium in 3rd after passing some really good drivers like Grosjean, Senna, Maldonado and Buemi. The worst one he said was the Monaco 2009 – he was comfortably leading the race 3 seconds ahead of Maldonado with D’Ambrosio, Hulkenberg and Kobayashi who was another 20 seconds behind when the driveshaft broke with 8 laps to go.

A race he would like to be part of is the Indianapolis 500!

A race machine he would like to get his hands on are the new Audi, Porsche or Toyota LMP1 Le Mans cars