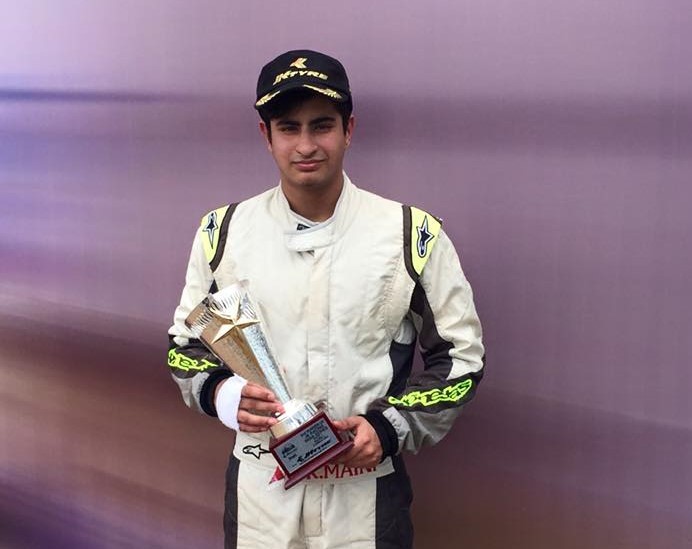 The 18 year old Bangalorean kid started his motor sports career in 2009 at the age of nine (9) and was signed by Red Rooster Racing to compete in the Rotax Max National Championship. In 2010 he became the youngest ever driver to compete and win in the Micro Max Category in the JK Tyre National Karting Championship and the youngest Indian to win a race in Malaysia. The younger brother of Arjun Maini is currently racing in the British F3 Championship. He has won several races abroad, including two podium finishes in the Italian F4 and has recently signed up with Lanan Racing.