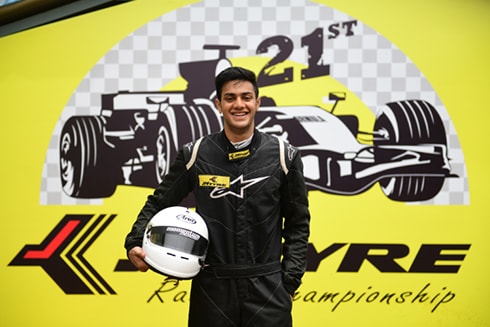 Round 1 of the 21st JKNRC was a grand success, with each of the categories producing close, exciting races. In our premium FB02 class, everybody qualified within the same second while the difference between the pole and the last-placed machine on the grid was less than two seconds in other categories. This shows that our years of toil, right from picking drivers when they are just eight to nurturing them through all the stages in karting till they reach their pinnacle in professional racing at 15, is yielding results. Almost 50 Indians, all from our Racing stable, are now competing in various world events which is remarkable.

As for Round 1 of our National Racing Championship, multiple-winner Vishnu Prasad continues to amaze me. His hunger for success and passion for racing can be seen each time he races. Rookies like Rupesh Sivakumar and Sohil Shah too impressed but Ashwin Datta is really special.

LEARN MOTORSPORTS WITH US

In our last column (TOI: July 10, 2018), we dwelt on 'how to begin with 4-stroke karts'. The next step is to graduate to 2-stroke Rotax karts. First, get maximum practice in different tracks and varied conditions and then enrol in an academy where experts teach you how to race professionally. You can get into the nationals if you are 8, after getting an FMSCI license.

Move up step by step, from Micro to Junior to Senior Classes, so you drive like a pro. Victory at the nationals will let you compete at the World Finals as India is part of the series in both streams. That's how most of the F1 champions, including Hamilton and Vettel, have become racing's big boys.