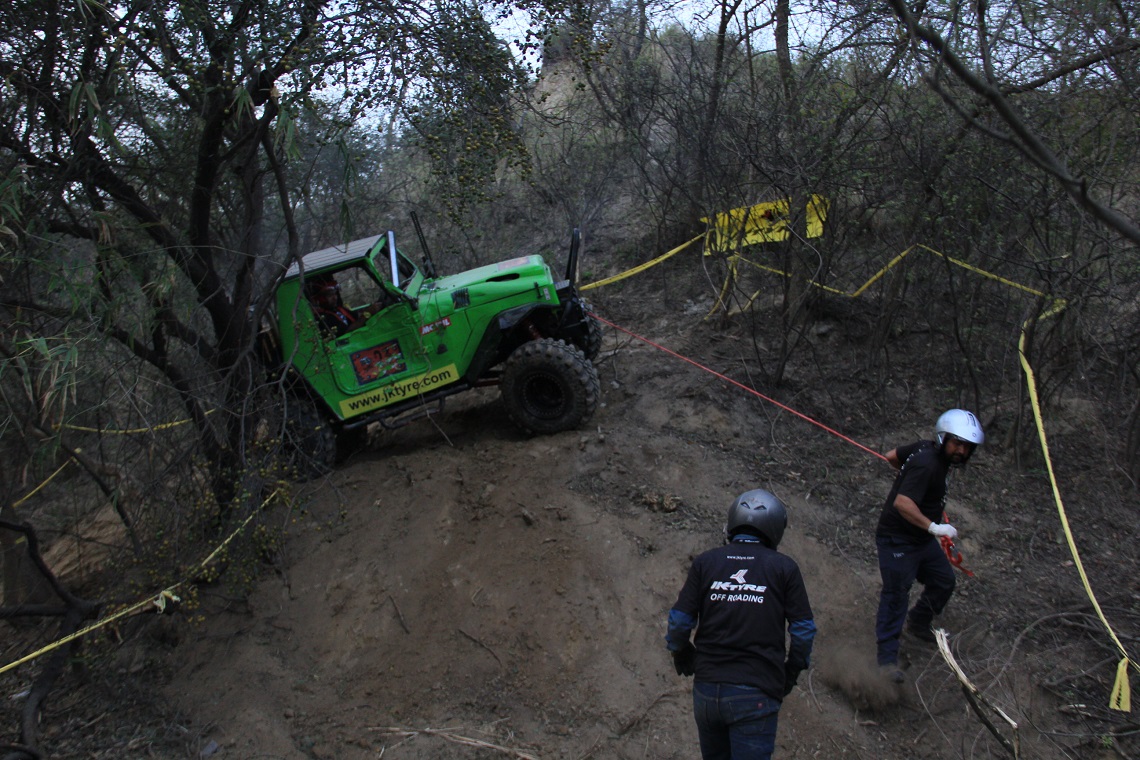 Chandigarh,  17th February 2017: The JK Tyre Xtreme 4Play, North India’s biggest off-roading competition, was flagged off here on Friday evening in a grand ceremony, with as many as 20 top teams from across the country competing for top honours in their modified cars.

The local team Gerrari Off Roaders will begin as the favourites to conquer the various obstacles in this seven-stage event that is being held at Kikar Lodge, India’s first private forest reserve, spread across 1800 acres on the foothills of Shivalik Mountains in Punjab.

Gerrari has fielded four teams, with each team consisting of two cars and manned by a driver and a co-driver, led by the duo of Gurmeet Singh Virdi and Kirpal Singh Tung who recently won the Rain Forest Challenge in Malaysia. Kabir Warcha and Yuvraj Tiwana will also be a team to watch out for, given their aggressive mien.

The Bangalore Off-Roaders, who won the JK Tyre-Orange 4x4 Fury in the picturesque valley of Dambuk in Arunachal Pradesh late in December, are expected to be their main challengers. They have fielded 6 teams, with Siddarth Santosh and Lokesh Shivaraja as their drivers to watch out for.

Other teams in fray include MOCA from Arunachal Pradesh (2 teams), KTM Jeepers from Kerala (four teams), Gypsy Team from Punjab (two) and one team from Delhi and Haryana.

The three-day event will see the teams compete across seven stages, with the first one starting late in the night on Friday. Saturday promises to be the most challenging for the drivers and most thrilling for fans and families with the event weaving through four tough stages, including through water and deep mud. The last two stages will be held on Sunday.

The flagoff was done by, among others, Amarinder Singh (owner of Kikar Lodge) and Harjinder Singh (father of Asia Pacific champion Hari Singh).