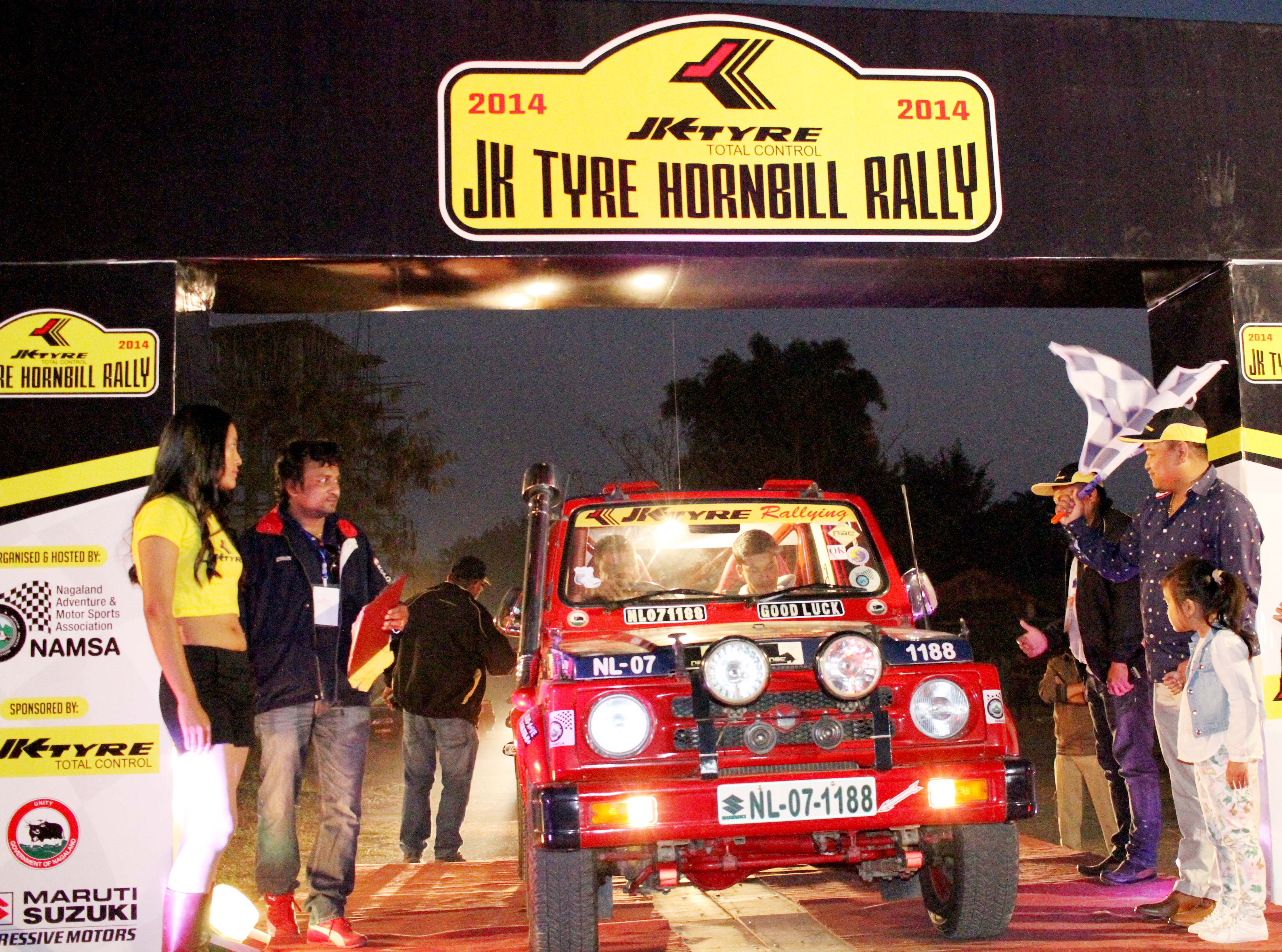 The JK Tyre Hornbill Rally will conclude on Friday at the Heritage Village, Kasima, the hub of the Festival with Mr TR Zeliang, Hon’ble Chief Minister of Nagaland, giving away the prizes.

JK Tyre nurtured and developed the Hornbill Rally in a bid to provide opportunity to regional motorsports enthusiasts to express their talent and skill, be it driving or navigation. The Rally is now an integral part of the Hornbill Festival.

Ali and Musthafa are the defending champions in the JK Tyre Hornbill Rally which they will start as the hot favourites and currently, they also are heading the FMSCI Indian National TSD Rally Championship.

The JK Tyre Hornbill Rally has attracted over 40 pan-India entries and that include last year’s champions in the amateur class, Nitoka N Chophy and navigator Philip Lam, one of the three entries sponsored by Spearhead Initiative.

TSD (Time Speed Distance) Rally is usually conducted on public roads and following Traffic Rules, but sometimes including off-road and track sections, testing both driving and navigational skill of the crew members.

The objective of the TSD Rally is to maintain precise times and average speeds on various segments of a predefined route. Each team consists of a rider/driver and navigator. The route instructions, known as the Tulip, also provide assigned speeds. As such, participating vehicles do not require any special upgrade by way of safety features such as a roll cage.

Hence, any roadworthy vehicle is eligible to enter a TSD Rally and the crew is not required to don special gear such as fireproof overalls, gloves and helmets, as in a Stage Rally.