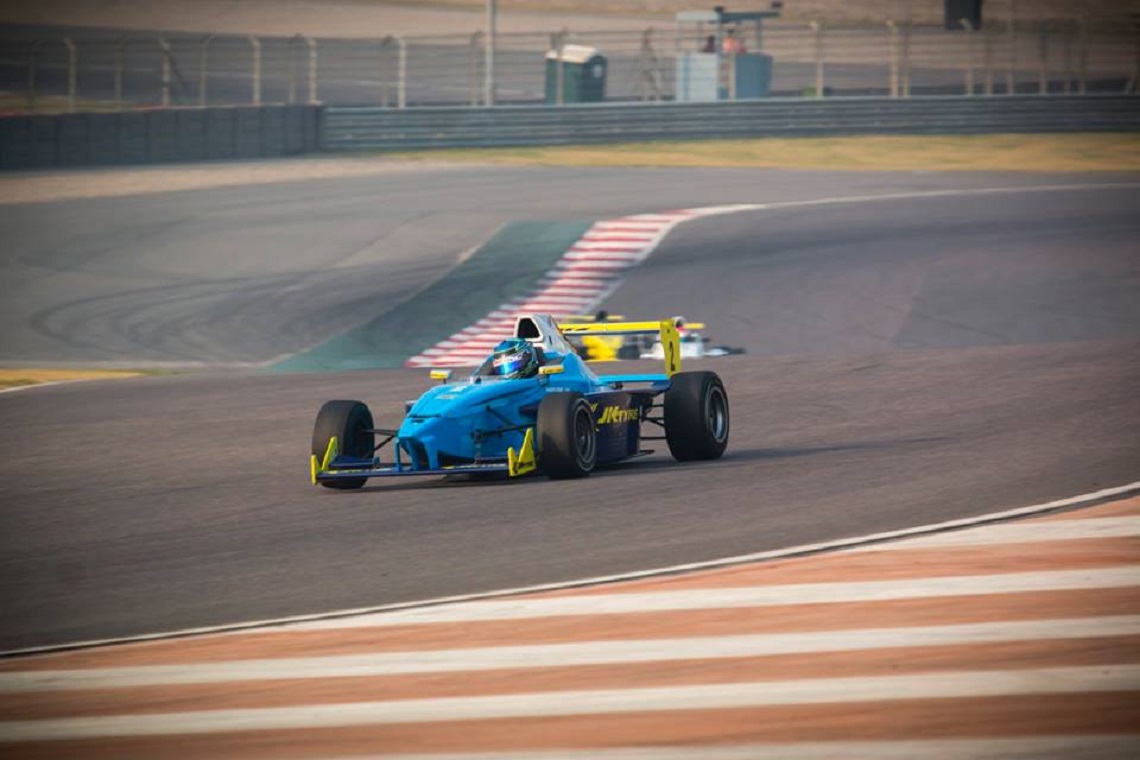 New Delhi,  19th November 2016:: Hyderabad’s Anindith Reddy and Chennai’s Vishnu Prasad streaked ahead to come within striking distance of the Euro JK 16 and LGB 4 titles on the first day of the fourth and final round of the 19th JK Tyre-MSCI National Racing Championship here on Saturday.

Anindith and Vishnu won both their two races on an action-packed day to collect 20 points each to jump ahead on the championship table at the majestic Budh International Circuit. Anindith is on 96 points now, a handy 9 points ahead of the racer on his tail, while Vishnu of Meco Racing is sitting pretty on 86 points, with the trophy almost in his pocket.

In the super bikes categories that were added as an additional draw for the grand finale, the father and son duo of Simranjeet Singh and Gurvinder Singh from Delhi swept away the day’s two races. Twenty-year-old Simranjeet roared to victory in the JK 1000cc race while his father Gurvinder Singh, also of New Delhi, claimed the JK 600cc race.

The JK Touring Cars saw a minor upset with Deepak Paul Chinnapa of Race Concept winning his only race of the day. Championship leader Ashish Ramaswamy did not classify but he is not going to lose any sleep over it as he has already won the title.

The final day promises to be full of drama and excitement with the Euro JK 16 championship still wide open. Anindith Reddy might be comfortably ahead but he knows that he can’t afford to make any mistakes on Super Sunday. Nayan Chatterjee of Mumbai and Ananth Shanmugham of Bangalore are just 9 points behind, both tied on 87 points each.

Nayan Chatterjee finished third in the opening race of the day while he moved one position higher to take the second place in the next for a total of 14 points for the day. “I know it won’t be easy to catch up with Anindith but it’s not impossible,” he said.

Ananth Shanmugham, who started the day on 76 points with Anindith Reddy, slipped behind by 2 points in the morning itself. He finished second but ran out of luck later in the evening, coming as low as eighth. He was, however, promoted to sixth on the points table as Akhil Rabindra and Krishna Mahadik were not eligible for any for not driving with India licences.

“It’s a special day for me,” said Anindith. “To take the top place on the podium when my parents were watching,” he added.

In the LGB 4, there was no change in the leaderboard, with Vishnu Prasad, Raghul Rangasamy (Meco Racing) and Saran Tmars (Privateer) hanging on to the top three places. Vishnu, of course, widened the lead to a virtually unassailable 19 points. Raghul and Saran are on 67 and 49 points now.

Sunday promises to be an electrifying final day with live music, jaw-dropping stunts, a unique racing bazaar on the fare along with the championship races.