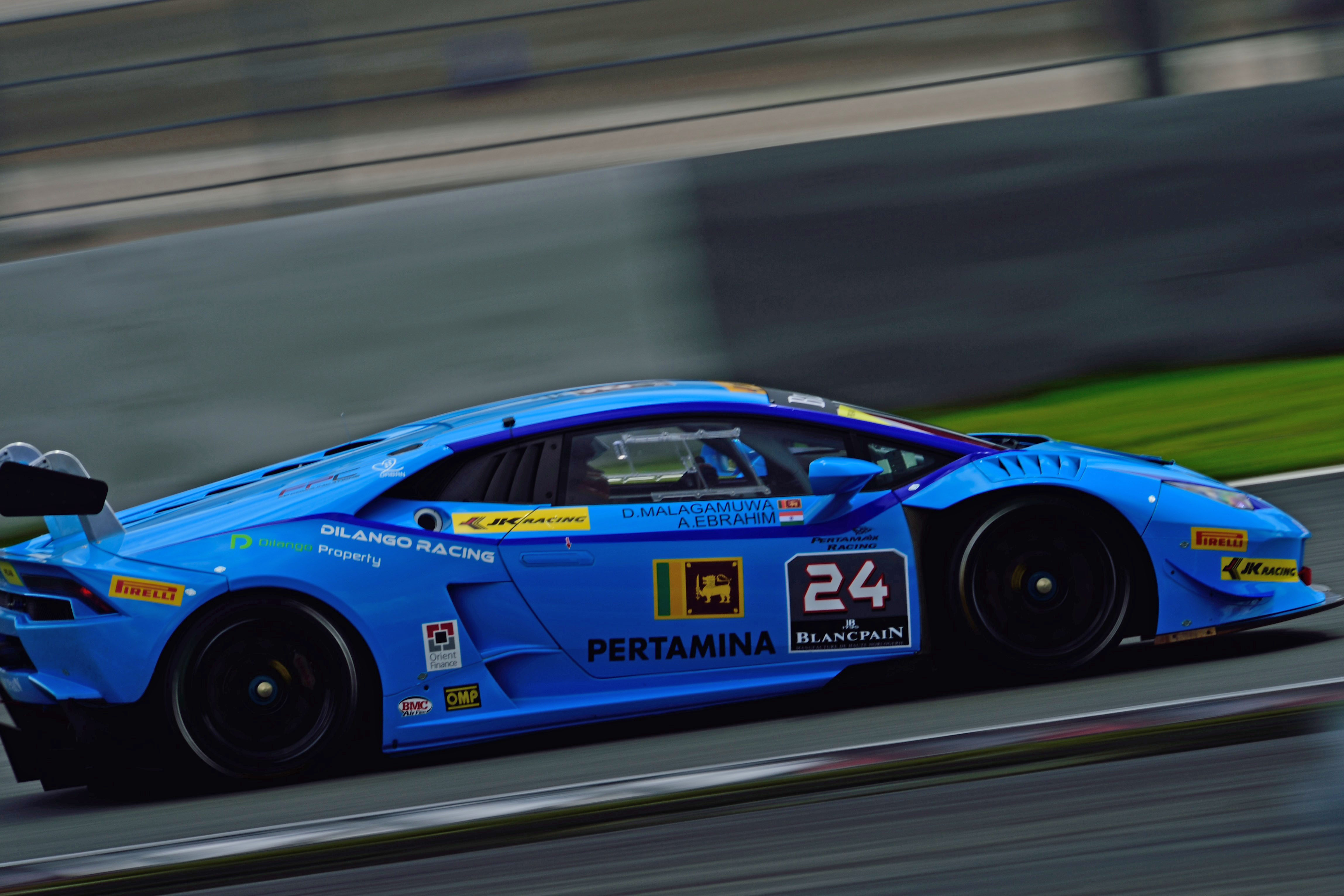 Chennai, May 4: India’s ace racer Armaan Ebrahim will begin a packed international season next week as he will make his debut in the GT Asia Championship besides participating in the Lamborghini Super Trofeo Asia Series for a second successive year.

Armaan, the 26-year old from Chennai, will kick-start his campaign with the first round of the GT Asia series in Korea on the May 13-15 weekend driving the Lamborghini Gallardo GT3, followed by the season opener of the Super Trofeo in Shanghai, China, on May 20-22.

Supported by JK Tyre, Armaan will again team-up with Sri Lankan Dilantha Malagamuwa who runs the Dilango Racing team. The duo finished second Overall in the Super Trofeo Asia series last year, but hopes to do better this season.

Looking ahead to the season, Armaan said: “For sure, it is going to be busy and exciting season for me and I am looking forward to racing on a variety of circuits.

“I will be doing five of the six rounds of the GT Asia in the Lamborghini Gallardo GT3 and all the six of the Super Trofeo which will conclude with the World finals in Valencia, Spain.

“Having said that, I thank for the support I have received from JK Tyre who have backed me over the years from my karting days. Hopefully, I will be able to deliver strong results this season and live up to expectations.

“Last year, Dilantha and I finished second Overall in the Super Trofeo series, and we are determined to go one better this time around.”