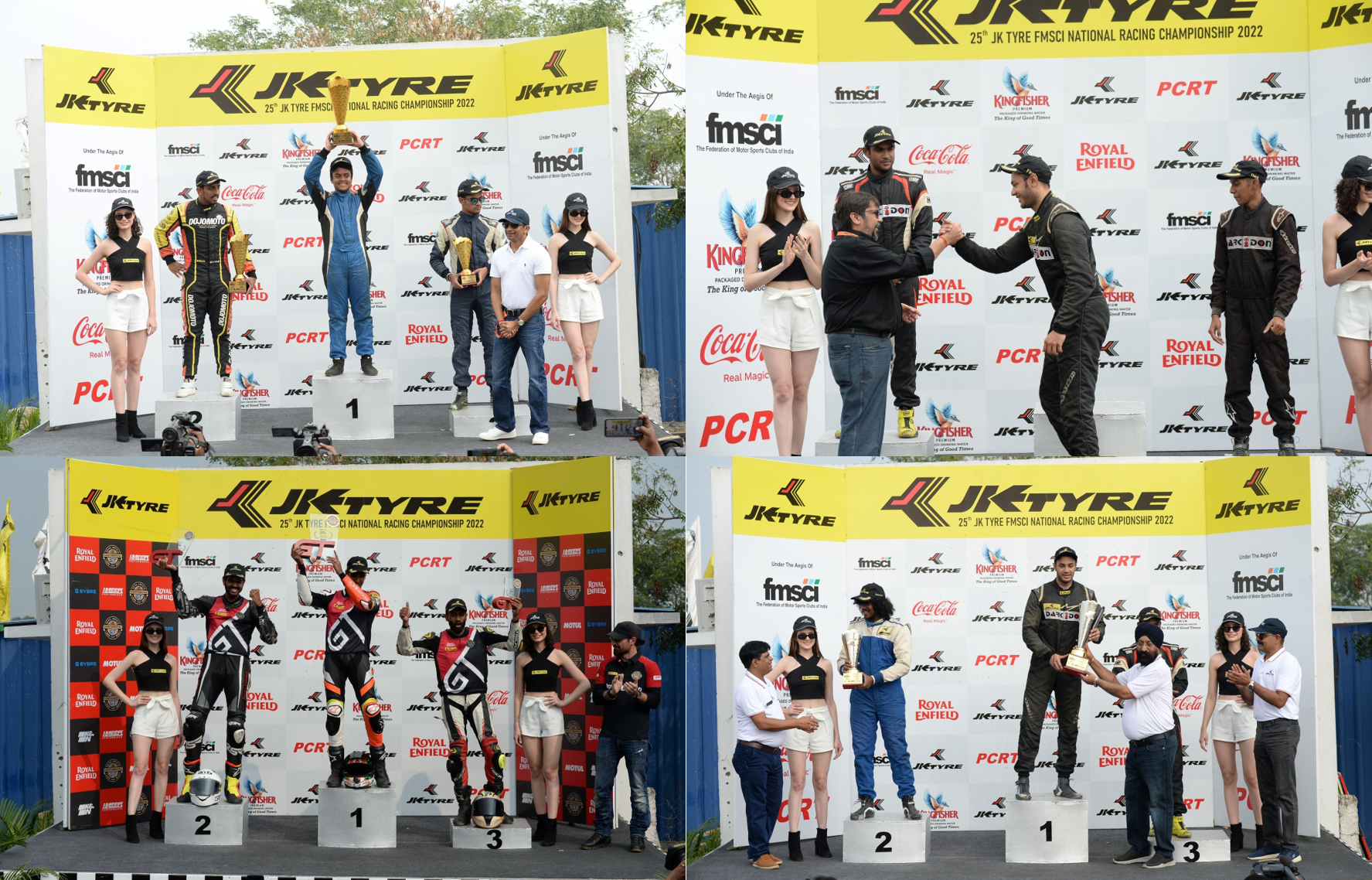 Ashwin Datta of Dark Don Racing pushed pedal to metal in the last lap to win the race and emerge champion in the LGB Formula 4 category at the final round of 25th JK Tyre FMSCI National Racing Championship. Sunday belonged to Ashwin as he won both the races at the Kari Motor Speedway with domination. He showed that being experienced, his hunger was intact as the curtains came down on the silver jubilee edition of the JK Tyre FMSCI National Racing Championship.

Said an elated Ashwin, "This is probably the closest championship JK (Tyre) has ever seen in 25 years. Going into the final race, only one point had separated the top two. I was leading comfortably and then the safety car came in. It slashed my lead and Arya (Singh) overtook. I did not give up, put my head down and gave my best. I would never forget this moment and this day in my entire life. I'm grateful to my whole team at Dark Don Racing for their consistent support throughout."

The Formula LGB 4 car is a beast which can go beyond 150 kmph on the flat straight. The last race and last few laps saw high adrenaline action as Chennai based Ashwin, Saran Vikram Tmars and Arya Singh were engaged in a great chase at the 2.3km circuit. The weather was pleasant and the drivers were able to push hard with their machines as the audience cheered them on. For those watching the races live on social media as well, Sunday was full of thrills. Ashwin won the last race with a timing of 27:46.956.

It all boiled down to the last race in the JK Tyre Novice Cup category as well with Kyle Kumaran showcasing his control at the wheels. He finished second behind MSport’s Dhruvh Goswami but still went on to seal the championship. In a close race, Dhruvh finished the 10-lap race in 15:47.703. Kyle was marginally behind at 15:52.395. The second place in the championship went to Vinith Kumar.

Such was the adrenaline flow, spectators and fans got their fill of thrill. Kyle, who showed speed and consistency by winning two races on Saturday, was strategic on Sunday. He knew finishing the race was more important than being reckless.

As he came in second, he knew he had already sealed the championship, as he stood at a tally of 66 points aggregate. For the teenager from Chennai who has emerged from karting and graduated to racing formula cars, this was a big day. Vinith had 60 points total.

"It was overall a great season with DTS Racing, with Vinith finishing second as well. It's very difficult to win the championship having missed one round. In the end, it's turned out to be a pretty great season and a great weekend for me," said Kyle.

Kyle has been consistent in karting as a junior but the exposure he got in Dubai by competing in events there has made him even more solid. He has a clean racing style and the bigger picture was in sight, to pocket the championship trophy.

The DTS Racing Team has captured the imagination of fans as they won the first two spots and also clinched the constructors championship. The 2022 race season in the 25th edition of the JK Tyre FMSCI National Racing Championship went off without any glitch.

In the JK Tyre Endurance League Cup powered by United CRA, Abhishek V and Amarnath Menon came out tops. The pair of Jeoffrey Reviven and Johann Reeves was second. Third place was taken by Jayanth Prathipati and Alwin Sundar. The total time was one hour of endurance on bikes.

Unlike in previous years when Covid 19 was a major factor, this time the organisers were able to conduct the events with freedom and spectators were present physically at the Kari Motor Speedway.