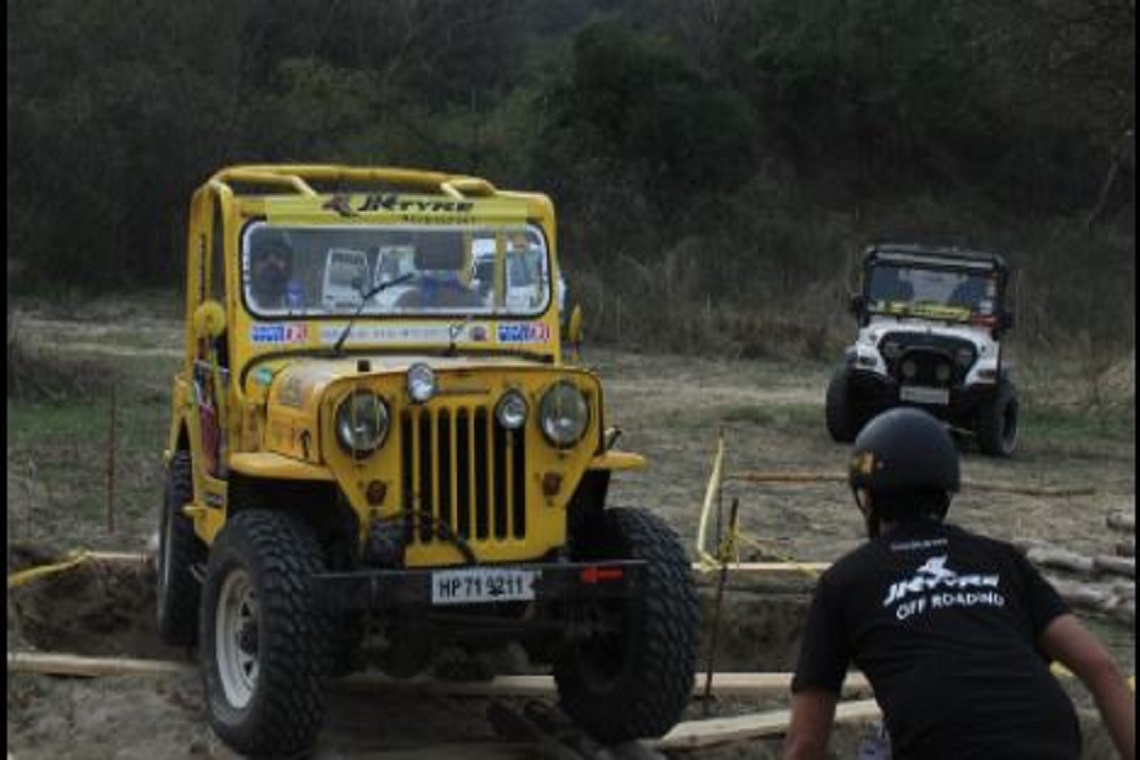 Chandigarh,  18th February 2017:JK Tyre Xtreme 4Play, North India’s biggest off-roading competition, got off to a spectacular start here on Saturday in the glorious woods of Kikar Lodge, with the Bangalore Off-Roaders team asserting their supremacy after the first three stages.

The four member team, comprising of two cars each, led by drivers Siddartha Santosh and Lokesh Shivaraj won the opening stage late on Friday, even as five cars out of the 24 toppled over in the dark of the night. They survived the course without any mishap, showing their driving skills and the power of their machines.

On Saturday morning, they were again in their elements, taking on the ‘uphill challenge’ and finishing the course in just 10 minutes and 28 seconds out of the allotted 20 minutes. They were ably assisted by their co-drivers Prithviraj A C and Rohith K R, especially when they had to use the winch to haul the two cars up.

A sizeable holiday crowd, including many kids, had the time of their lives as the modified cars revved and zoomed in various difficult terrains, driving through water, steep hills and muddy areas.

As many as 22 teams participated in the Xtreme 4Play, making up 44 participants, from different parts of the country.

Bijender Singh and Kapil Anand of NIOC of Delhi are in second place while another team from the Bangalore Off-Roaders stable, Vijay Kumar V and Prasanth Venkappa, are third.