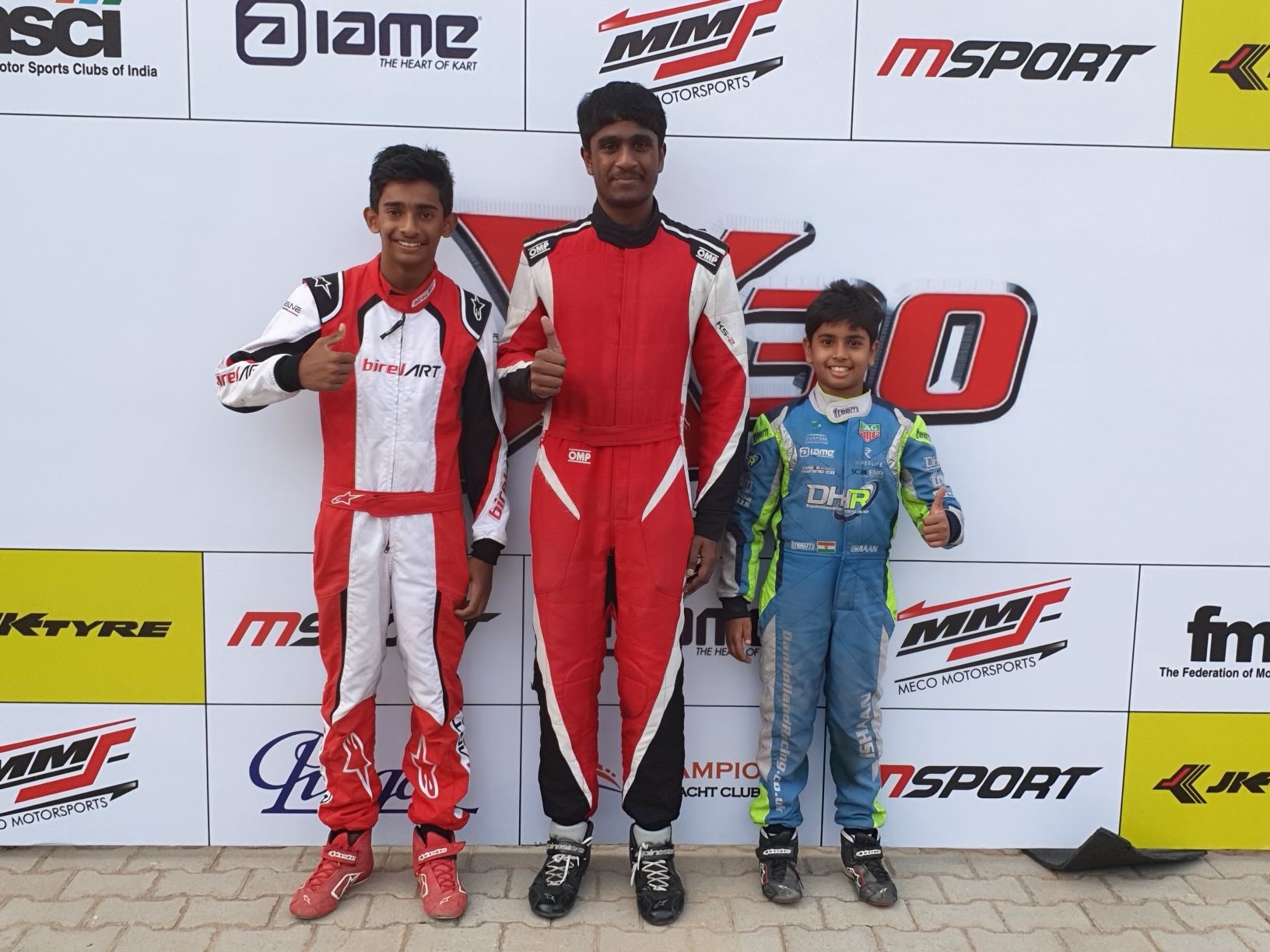 Chennai's Nirmal Umashankar and Bengaluru's Ruhaan Alva capped off their spectacular run in the X-30 class of the JK Tyre-FMSCI National Karting Championship to emerge the 2019 champions here on Saturday.

Nirmal, a regular on the JKNRC, collected a total of 23 points in the fifth and final round to amass 160 points to win the Senior category by a mile. Bengaluru’s Aditya Swaminathan (101 points) and Delhi’s Debarun Banerjee (81) took the other two podium places.

It was an eventful start to the weekend, with a carnival-like atmosphere prevailing at the Meco Kartopia. Even as X-30 class was running its final course and the JK Tyre FMSCI National Karting Championship - Sodi Junior & Sodi Senior class' qualifying rounds began, all eyes were on the Girls on Track programme that attracted racing enthusiasts from across the country.

Apart from girls from New Delhi, Chennai and Coimbatore, there were four lasses from Nepal too. A handful of 8-year-olds too turned up to get initiated into motorsports along with teenagers and women in their twenties and thirties.

They went through the entire drill of starting on racing simulators before eventually competing in the go-karting slaloms. In between, they underwent a batak reflex test and a basic pit-stop to be set for proper racing.

Meanwhile, local boy Ruhaan Alwa underlined his supremacy in the Junior Category by sealing the title in the first race of the fifth race itself. He returned with a tally of 164 points, which was a clear points ahead.

City-mate Arjun S Nair (134 points) and Chennai's Ryan Mohammed collected a total of 24 points to take the third position with a total of 91 points.

In the Cadet Category, it was Bengaluru's Ishaan Madhesh who maintained his vice-like grip on the top of the table, taking three more races to accumulate 36 points win with a grand sum of 189 points. Shriya Lohia, a 11-year-old driver from Pune, picked up 27 points to end on the second spot with 134 points.