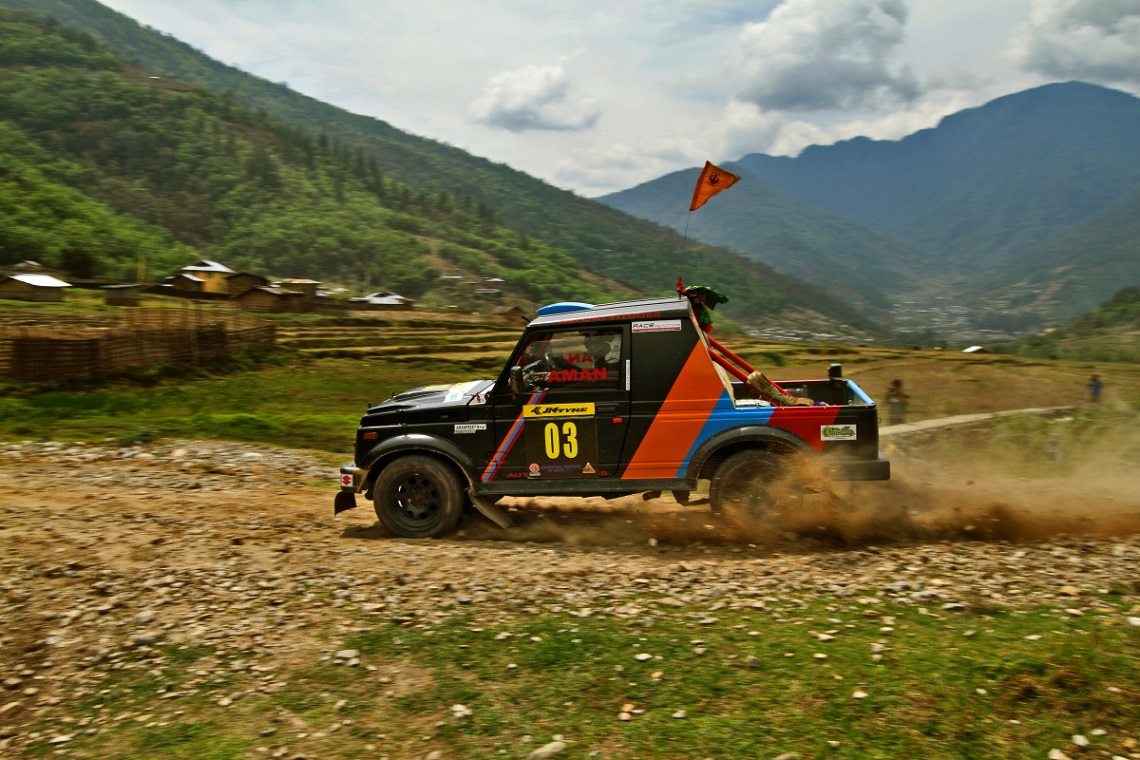 The Noida-based owner of one of the largest rally car workshops in India, has a comfortable cushion of 28 seconds going into the third and final day. He has cracked the six stages so far in 34.32 minutes, conquering the uphill rides and rough terrain with elan in his turbo charged Maruti Gypsy.

The top seeded rallyist in fray here, KM Bopaiah from Coorg, took advantage of his 1600cc Vento’s speed to win the last stage of the day, zipping on the one-kilometre tarmac stretch and an easy three-kilometre valley floor. He couldn't match Amanpreet in the other stages but is still firmly on Amanpreet’s tail, and still fancies his chances.

Delhi’s seasoned rallyist Sandeep Sharma held on to his third place, just 24 seconds behind Bopaiah and 52 behind Amanpreet.

“It has been a pretty happening day for us,” agreed Amanpreet, riding with Ajay Kumar as his navigator. “We have a decent lead as of now. But till the time it’s actually over, it’s never over. So fingers crossed,” he added, when asked about his chances of continuing with the momentum and winning the title.

Describing the sections, Amanpreet said: “The first stage was the trickiest today as it was reduced by 4kms due to overnight rain. What is meant was that all the downhill stretches were gone and it became an uphill stage.”

Bopaiah, along with his regular partner Gagan Karumbaiah, conceded that his car was not apt one for a rally of this sort. “We did well wherever speed came into play. But during the climbs and the rougher terrain we struggled a bit,” he said.

He was, however, confident that with a little bit of luck he could still make it to the top of the podium.

The JK Tyre Festival of Speed, supported by the government of Arunachal Pradesh, took the quaint village of Dirang by storm, with the organisers cleverly choosing different venues and hurdles for each of the stage.

It all began early in the morning, with the drivers testing their mettle against a steep gradient made up of gravel road to reach the majestic monastery atop the hill; it ended even as the sun was quickly going down behind the mountains, with spectators getting a spectacular view of cars racing down the valley into the Sangti river bed.

In between, they had to the sensational hill climb which was almost vertical , extending up to 6 kilometres. Three competitors gave up the fight after the third stage, leaving the field open for seven top rallyists from different parts of the country.

In the Sprint Runs for local talent, Babit Lyngdoh continued to reign, enjoying a slight 8-second advantage over his six compatriots after four more rounds on Sunday.