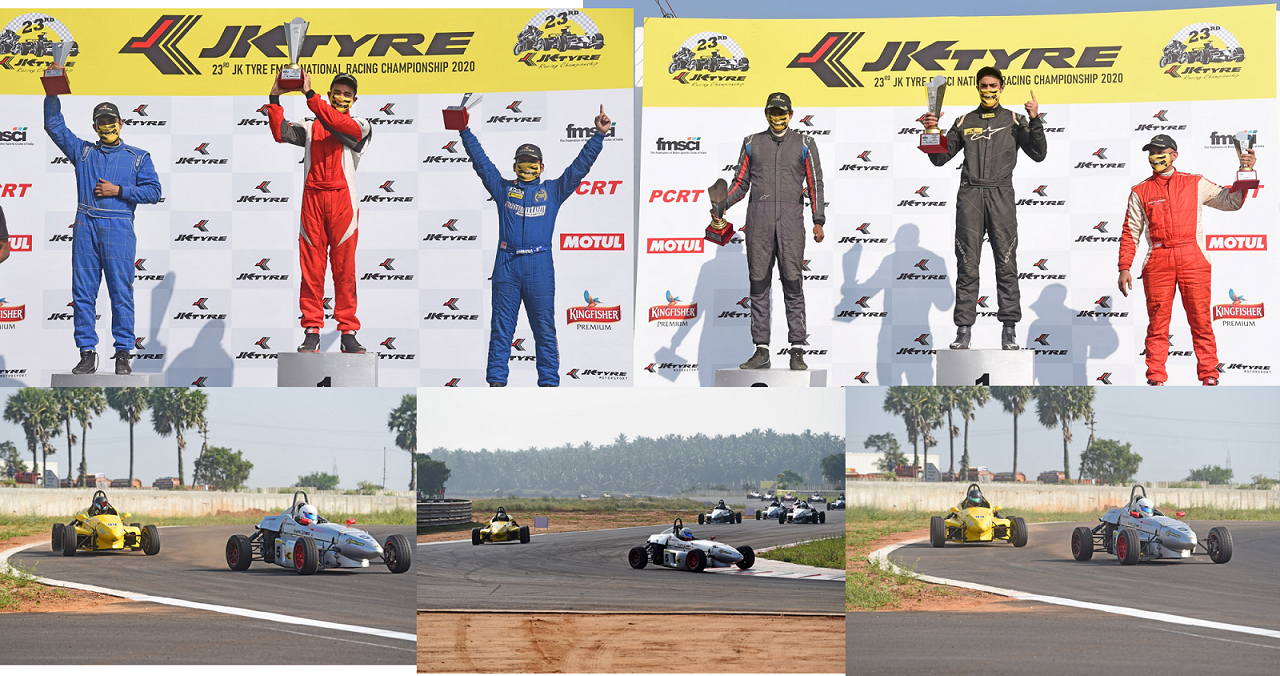 The season’s opening round of the 23rd JK Tyre – FMSCI National Racing Championship (JKNRC) witnessed lots of excitement, with Ashwin Datta and Amir Sayed stealing the show on Day 2 here on Saturday.

The 16-year-old Sayed from Kottayam proved his class winning every other race, four in all, with ease in the JK Tyre Novice Cup. It was his first visit to this circuit but he mesmerised one and all with his magic on the wheel.

Even as the others struggled to tackle the tricky and slow first corner, Sayed, despite limited track time, handled it with ease. In fact, he turned it to his advantage winning both the races on Friday in a commanding manner. He further shifted top gear to win two more races on Saturday and also earned a good round of applause from the crowd.

The Formula LGB4, the premier class, saw Ashwin Datta of Dark Don Racing clinch a rare double. Vishnu Prasad delivered for his team (MSport) winning the opening race on Friday. But the experienced star from Chennai found it hot in the second race on Saturday as Datta drove brilliantly.

The race witnessed some nervy moments as there were quite a few spins.The safety car came in time and again but Ashwin kept his cool right through to win it much to the joy of his team. Of course, he completed the race under the yellow flag as the safety car had come in for the fourth time.

“I was slow in the first sector but I was confident enough as I had the pace. It was a nightmare of sorts with the safety car in several times but, that’s what racing is all about,” said Ashwin, who finished ahead of MSport stars Raghul Rangasamy and Vishnu Prasad.

In the second race, it was Raghul who held the advantage at the start before his car let him down midway through. Vishnu cashed in on the chance and moved ahead. It was a fight between Vishnu and Datta from there. Even as the former was building a sizeable lead and looked well set for a double, came the safety car in with just two laps to go.

Datta grabbed the opportunity with both hands and even managed to get past Vishnu in the second corner. Vishnu pressed the pedal hard for one last time but Datta played it smart and clean to finish the day on a merry note.