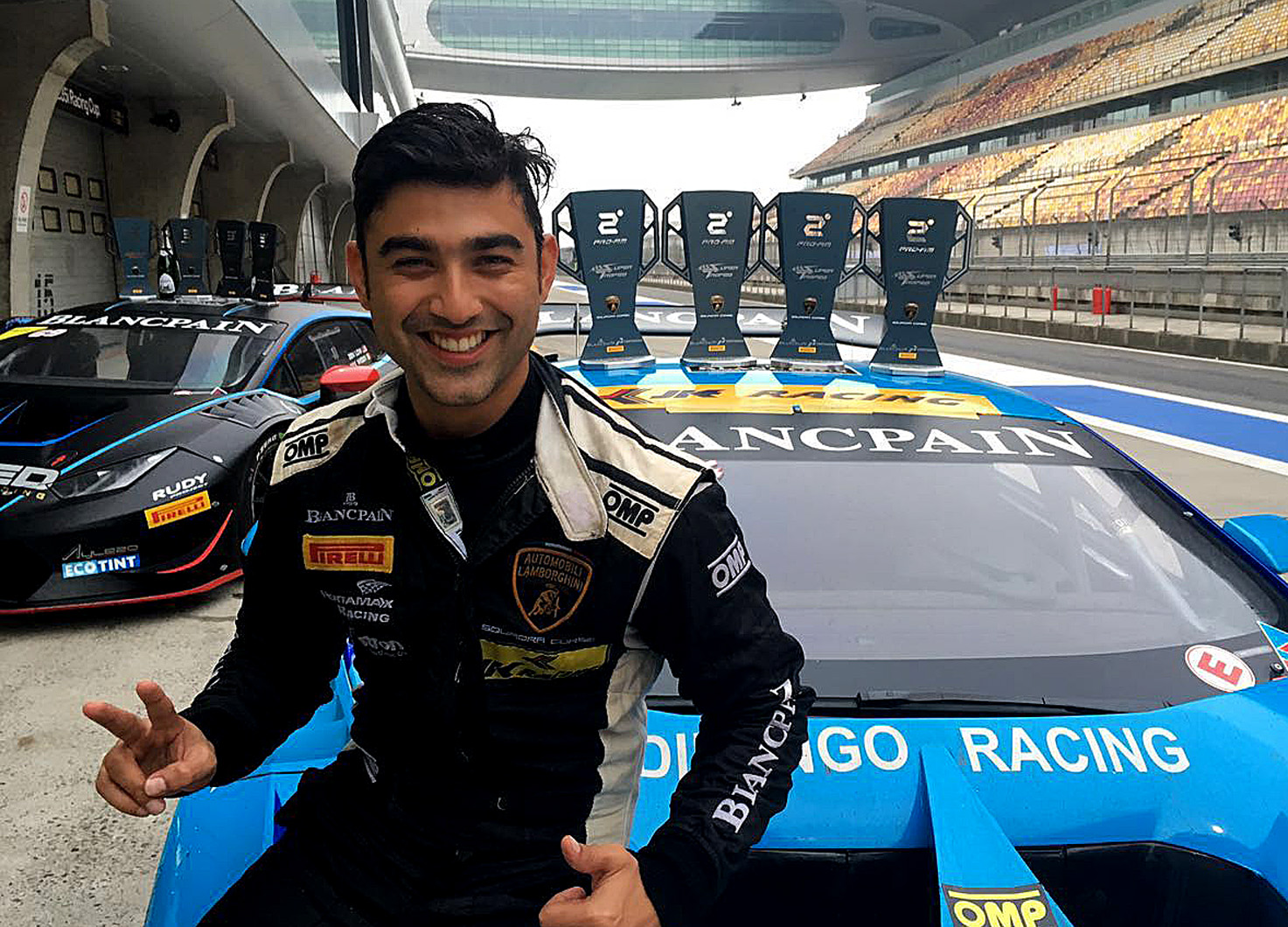 Double Podium for Armaan Ebrahim in Shanghai
22 May 2016

Shanghai (China), 22nd May 2016: India’s Armaan Ebrahim, along with Sri Lankan team-mate Dilantha Malagamuwa, started his campaign in the Lamborghini Blancpain Super Trofeo Asia Series on a bright note by finishing second in both the races here on Sunday.

Having qualified second for the first race, 27-year old Chennai-based Armaan, supported by JK Tyre and driving for Dilantha Racing, was quick off the blocks and soon took the lead, but could not push any more as he encountered problems with the brakes and dropped to second, a position he held to the finish line.

In the next race, Dilantha who had qualified sixth, opened the proceedings and quickly moved to the third spot. However, he was hit from behind which cost him track positions. He soon pitted for Armaan to take over.

Armaan made positions to move into second place, but could not make headway thereafter and opted to hold position to complete a successful weekend.

Reflecting on his performance, Armaan said: “We could have probably won both the races, but not a bad way to start the championship. I am happy to have points in the bag. We had a few issues with the car, but overall, it was a good weekend.

“The qualifying sessions on Saturday were in the wet. However, it was cloudy but dry today. In the first race, I had a problem with the brakes when leading and conceded the lead. I decided to settle for second place.

“In the second race, Dilantha started in sixth position and was running third when he got tapped from behind. We decided to pit him early and I took over. I made a few places, but eventually had to be satisfied with a second.

“I am coming out of a long off-season, nearly six months, but was happy I could settle down. It is a long season as we finish only in December. So, we will take it race by race. I look forward to the next round in Suzuka, Japan, next month (June 11-12) and build on the momentum.”