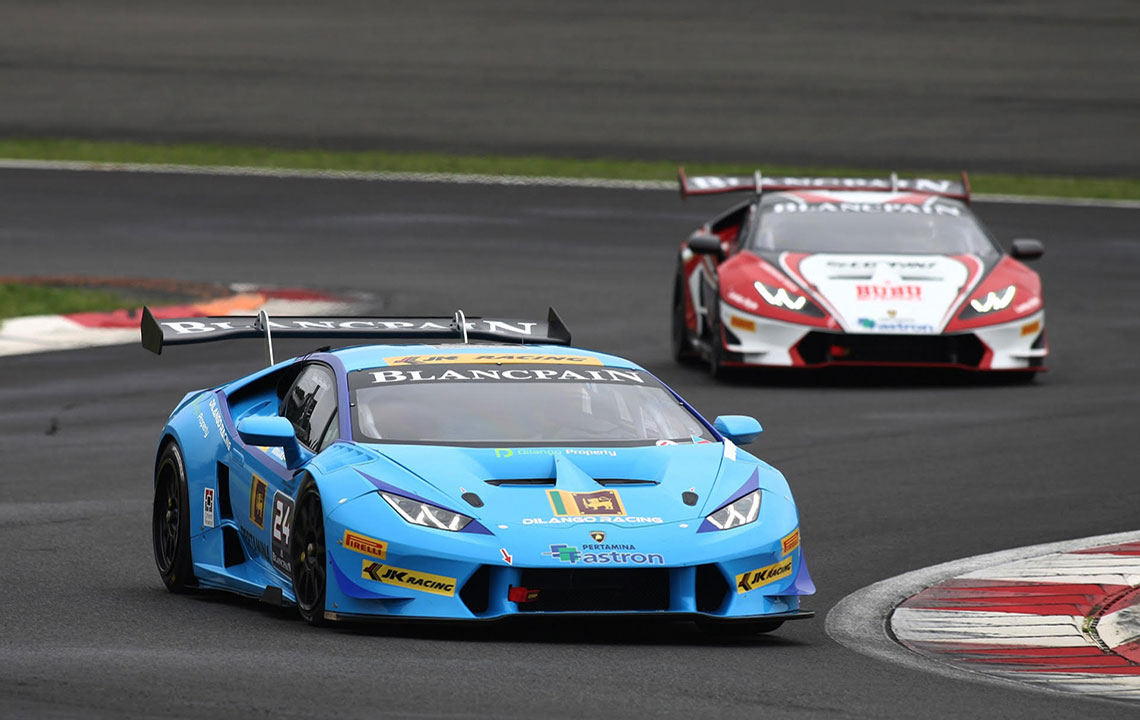 In the double header, Armaan and Malagamuwa, driving team Dilantha Racing, finished third in the first race on Saturday and went one better on Sunday with a second place finish.

Armaan had qualified second for the first race, just a tenth off the pole position while Dilantha, suffering from an indisposition, was placed sixth for the second outing.

Armaan was off a fine start and went into the lead exiting Turn-1 and maintained the one-second advantage till he pitted for Dilantha to take over.

Dilantha, however, lost one spot and eventually finished third which was creditable considering that the Sri Lankan was on drips going into the weekend due to food poisoning.

In the second race, Dilantha, feeling much better, jumped two spots to move into fourth and gained another place when the car in front ran wide. After the mandatory pit-stop, Armaan took over and put in some blistering laps to move into second spot, but could not make any progress as he had too much a gap to make up.

Reflecting on his weekend, Armaan said: “We were a bit unfortunate in the first race after I came in when in the lead as Dilantha had not fully recovered from food poisoning that had him on the drips. Considering this, we were happy to finish second.

“In race two, Dilantha had to start since he qualified and luckily was feeling better. He got a good start and moved into fourth and after a couple of laps of applying pressure. The car in front of him ran wide allowing him to get through.

“Dilantha held third for the rest of his stint, but the gap to the leaders was considerably huge. Once I got in, I had to drive like a quali and managed to catch the car in P2 and pass him. I started making time on the leader, but the gap was too big and we ran out of time which meant we finished a strong second.”