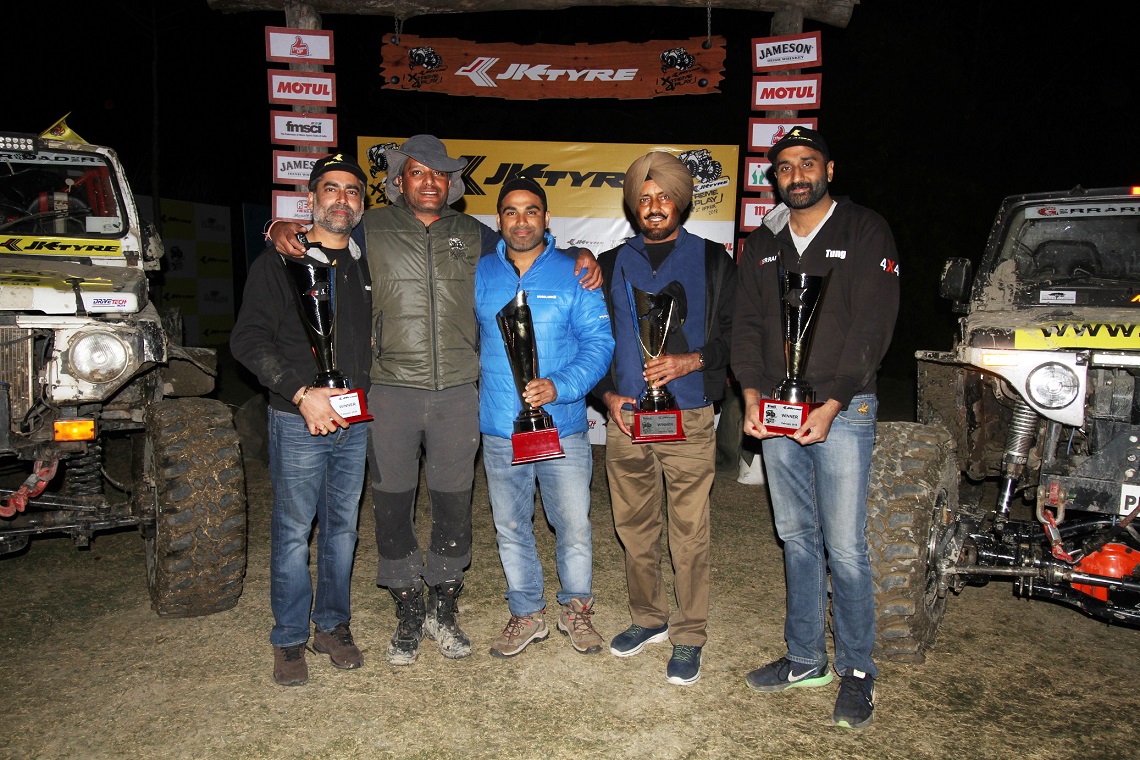 Ropar (Punjab), 4th February 2018:Chandigarh’s Gerrari Offroaders proved to be the most versatile drivers in the JK Tyre-Orange 4x4 Fury, North India’s biggest off-roading competition, clinching the mantle of champions with ease here on the third and final day.

Led smartly by their drivers Kabir Waraich and Gurmeet Virdi, they amassed 569 points to easily take home the trophy and prize money of Rs 1.5 lakh. They dominated the entire event, winning four out of the six stages.

Kabir and Gurmeet were ably assisted by their navigators Yuvraj Tiwana and Kirpal Tung, tackling the tricky six stages full of natural and man-made obstacles with elan.

Team Fairmont was represented by Cedrick Da Silva and Aster Dias (both Goa) in one car and Sameer Chunawala and Pratik Prabhudesai (both Maharashtra) in the other.

The Gerrari Offroaders were in a class of their own, winning the first stage on Day 1 which tested their teamwork and driving skills, with the two cars climbing a hill, one from the right side and the other from the left with the help of a winch.

On Day 2, which saw most of the action, they won three out of the four stages to build up a winning lead. They even had the distinction of claiming all the 100 points on offer in these stages. They were in their elements in Stage 3, which saw the teams first make a 70-degree climb with the use of a winch.

The tougher part was the descent, which was a sharp 80-85 degree drop. Kabir Waraich and Gurmeet Virdi failed to conquer this and finished fifth. It didn’t hurt them though as they came into their own in the remaining two stage.On Day 3 too, they were on song, conquering the watercourse with ease to garner all the 100 points.