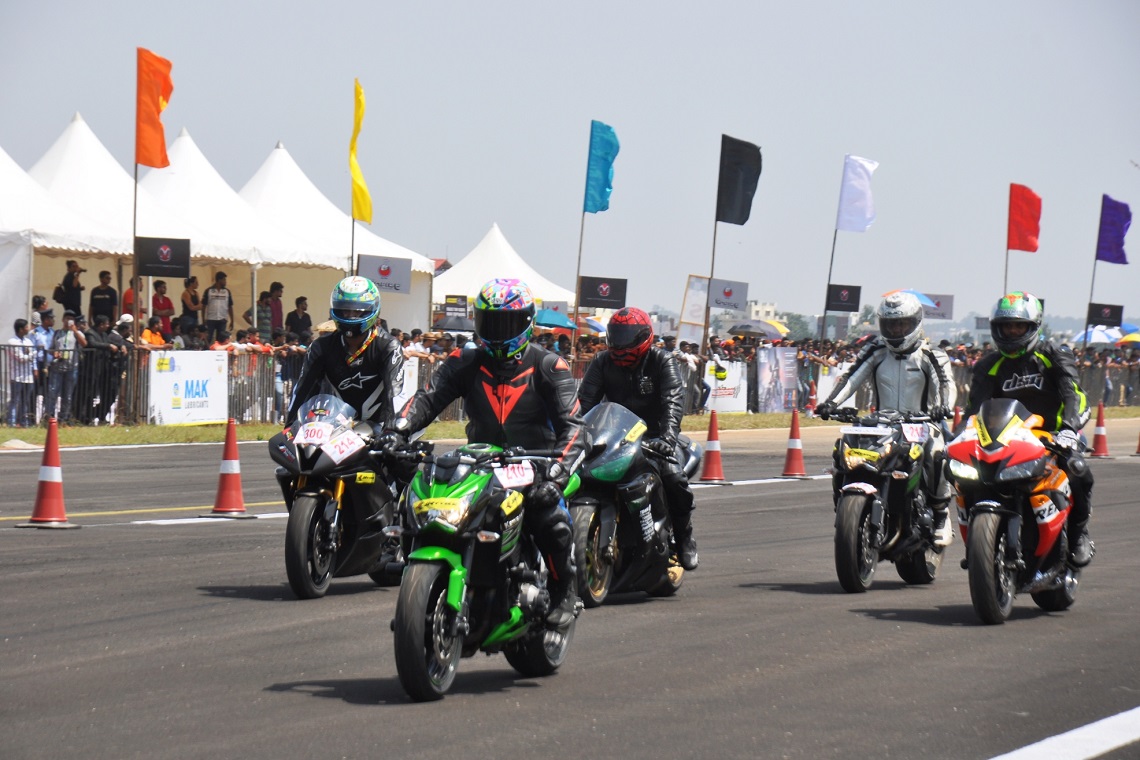 Bengaluru,  19th October   2016::The Jakkur Aerodrome on the outskirts of Bengaluru came to life, with the speed junkies from different parts of the country rolling out their mean machines aiming for glory at the JK Tyre Vroom 2016 quarter mile drag fest over the weekend.

The race which was organised by Geneva Services saw around 500 speedsters from across 20 cities of India including Gujarat, Mumbai, New Delhi, Sikkim and northeastern states participate in it and gave them a great opportunity to showcase their drag racing skills to the entire nation.

It was a level playing field for men and women racers alike allowing them to compete on a same stage. It not only gave the seasoned drag racers a chance to exert their dominance on the national circuit but also gave the novice racers a platform to rise to prominence and open up further avenues for them in the world of drag racing.

In the bike racing segment, it was Stephen Pachigalia who finished with an astonishing time of 15.056 won in the up to 3000cc segment, while Zubair Ali Jung ended on top in two categories. He clocked an impressive 11.687 seconds in the above 1301cc and in above 1001cc-1300cc category, he won by posting a time of 11.706 seconds.

While it was the men who took the top honours in all the categories, a lady drag racer Sonia Patell from Bardoli, Gujarat was adjudged as the fastest woman rider in the superbikes category. Sonia, who is an assistant professor at the Vidyabharti Trust College of Pharmacy, Bardoli took part in a racing event for the first time. She was in elements from the word go and took the prize by beating other racers in the fray. Her exploits at the JK Tyre Vroom is a prime example of how love for speed and the chance to participate in such a grand event has attracted people from different cities across the country and different walks of life.

Apart from the races, the day also saw speed enthusiasts roll out their supercars which brought cheers to the faces of all the fans present at the venue.