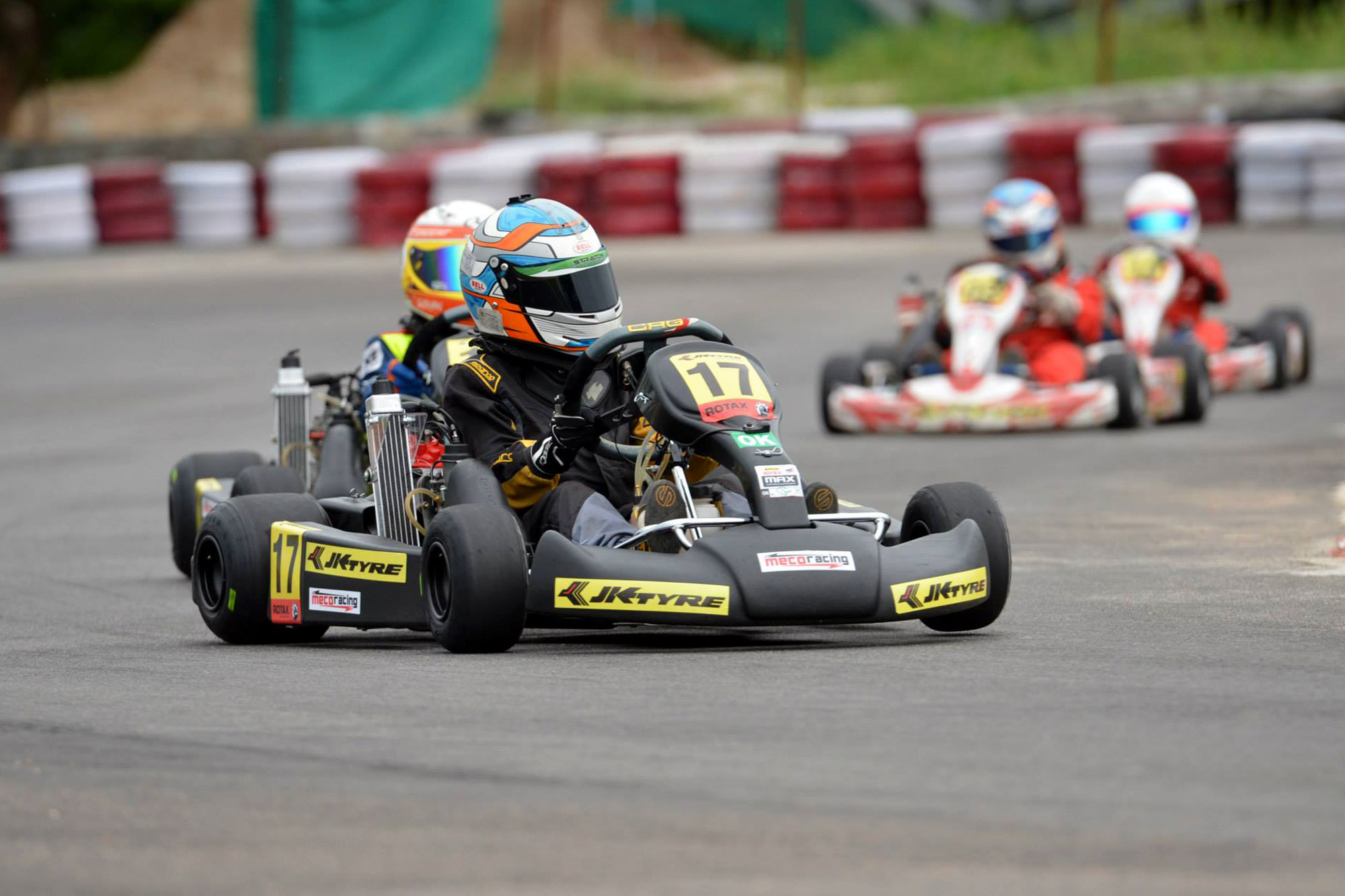 The championship in its 12th successive year is the only national karting championship in the country. It has been a training ground for racers like Armaan Ebrahim who is now all set to compete in the Blancpain Lambhorghini Super Trofeo Asia series, Jehan Daruvala who is preparing for the next round of racing in Austria on the formula 1 track of Spielberg, Arjun Maini who managed a top 10 finish at round 4 of the FIA European Formula 3 series, Kush Maini who recently raced in the CIK-FIA European KF-Junior Championship and Shahan Ali Mohsin who finished fifth in the 4th round of the Rotax Max Challenge Asia Karting Championship 2015. These drivers have started their motorsport careers from this championship, and are currently performing exceptionally well in the international level.

Spread over five rounds, the 2015 season of JK Tyre National Karting Championship will be hosted across karting tracks in Hyderabad, Coimbatore & Bengaluru.

Hyderabad also cited as the karting capital of the country boasts of having three professional karting tracks, the maximum in any city across the country. Chicane circuit is Hyderabad’s brand new karting track and the JK Tyre National Karting Championship is the first major event that will be hosted at the track. 1.2 kms in length & 8.5kms in width with 12 corners, the Chicane circuit is the perfect circuit to start the exciting season of karting.

The driver line up this year has the likes of defending champions like Vishnu Prasad from Chennai, Ameya Bafna from Mumbai, Chittesh Mandody & Dhruv Mohite from Kolhapur in the Senior category which will be a treat for the spectators to watch as these champions will battle it out. Akash Gowda, AarohRavindra from Mumbai, Nirmal Shankar from Chennai, Manav Sharma from Faridabad and Mira Erdafrom Baroda who is one of the two girls taking part in this championship are some of the karters who will be up against each other in the Junior Max category. In the Micro Max category, the drivers to watch out for is Shahan Mohsin from Agra, Chirag Ghorpade from Bangalore, Ruhan Alwa from Bangalore. These tiny tots have been podium finishers in the last year’s championship and it will be interesting to watch them fiercely compete with each other and other participants in their category.

Each participant will be awarded points after each round. The overall champions in each category will be decided basis the total points after five rounds. The overall champions in the Junior & Senior Max category will get a lifetime opportunity to represent India & drive in the World Karting Finals 2015 which is scheduled in Portugal later this year in November. The overall champions, the first & second runner-up in the Junior Max & Senior Max category get a fully sponsored drive in the JK Racing India Series in the JK Tyre Racing Championship 2016. The JK Racing India series features BMW powered engines Formula cars and is the next step in the growth progression ladder of motorsport after Karting.

The Karting programme of JK Tyre has seen prodigies doing well, both at the national and international levels. Some of these names include those of Narain Karthikeyan, Karun Chandhok, ArmaanEbrahim, Aditya Patel and Arjun Maini have all graduated from these karting championships to becoming international motorsport icons.