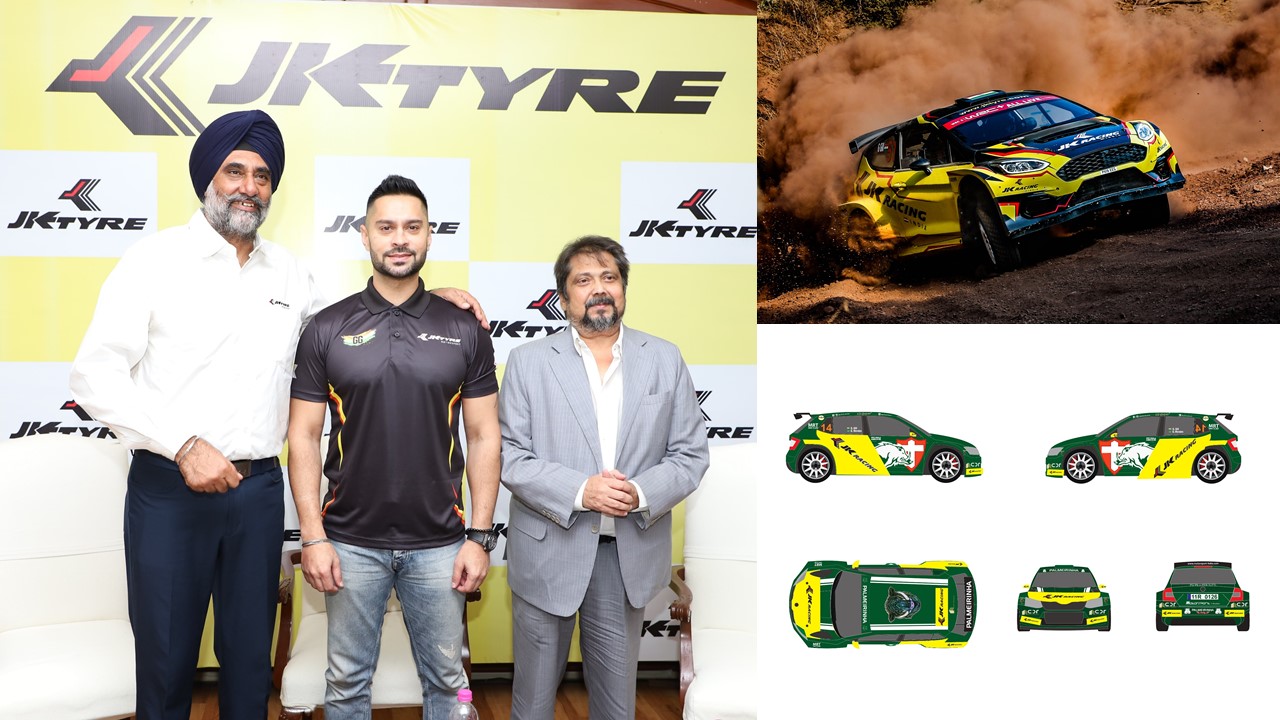 JK Tyre, the name that stands synonymous to motorsport in the country is celebrating over four decades of their motorsport journey. While the pandemic did not deter the spirit of the brand in last two years as they successfully hosted their racing championship coupled with all annual events, the team today announced their plans for 2022.

Present at the event, India’s decorated rally driver and Arjuna Awardee Gaurav Gill announced his participation in the World Rally Championship (WRC) 2022. The three-time APRC (Asia Pacific Rally Championship) champion and seven- time INRC (Indian National Rally Championship) champion is all geared up to participate in the WRC Safari Rally in Kenya scheduled from June 23-26. Gill will be driving the Skoda Fabia R5 in WRC 2 churning out 290 hp with a maximum torque of 425 Newton metres with Brazilian co-driver Gabriel Morales. Touted as one of the most challenging rallies of WRC, the Safari features 19 special stages covering almost 365km of competition crossing challenging closed dirt roads, rocky and rutted tracks and unpredictable weather which can transform dry and dusty trails into muddy bogs.

Gill’s last outing in WRC 2 was pre-pandemic in 2019 in Rally of Turkey where despite missing out on completing his tryst with victory, he won a lot of praise for his commendable drive by the fraternity.  His outing in Rally of Australia came to a halt as the event was cancelled last minute due to the raging fire in the forest stages around the city of Coffs Coast, New South Wales.

“I am excited to return to WRC after a hiatus of over 2 years. I have utilized these two years of pandemic to reflect on my previous participations and have worked on improving my fitness and performance holistically while engaging in various top end activities besides National Rally championship. I am thankful to JK Tyre Motorsports for their support and I am optimistic of claiming good results for the country and the team,” Gaurav Gill said.

In the domestic front, 2022 is a celebratory year for JK Tyre as the company will be hosting the 25th continuous year of JK Tyre National Racing Championship this year and is optimistic of reviving their big-ticket event at the Buddh International Circuit including international exhibition races.

In line with its ethos of nurturing young talents across the country, the company has announced a scholarship program of 300,000 Euros which will be utilized to promote upcoming talent who have proved their mettle in the domestic circuit. Upto 5 young talented athletes including a girl athlete from across verticals of motorsport will be identified to avail the scholarship. The first one to be part of it is India’s rising racing star, 17 yr old Amir Sayed from Kottyam who proved his mettle and became the JK Tyre Novice Cup Champion in 2020 by winning all the 12 races of the season in his category. Amir is supported by JK Tyre Motorsport and is participating in the French F4 Championship this year.

Speaking on the program, Mr Sanjay Sharma, Head of Motorsports, JK Tyre said, “JK Tyre has always been at the forefront of promoting motorsports in India. Setting up tracks & infrastructure across the country, the company has been instrumental in uplifting the culture of motorsports in India and Indians abroad. With an aim to give the young talent the much-needed push, we have announced this scholarship program which will select kids from across categories and provide them a chance to bring in laurels by representing the nation at international platforms. Starting the 25th year we are fueled with passion to race ahead with our motorsports plans and keep adding more and more value to the world of motorsports in the country.”