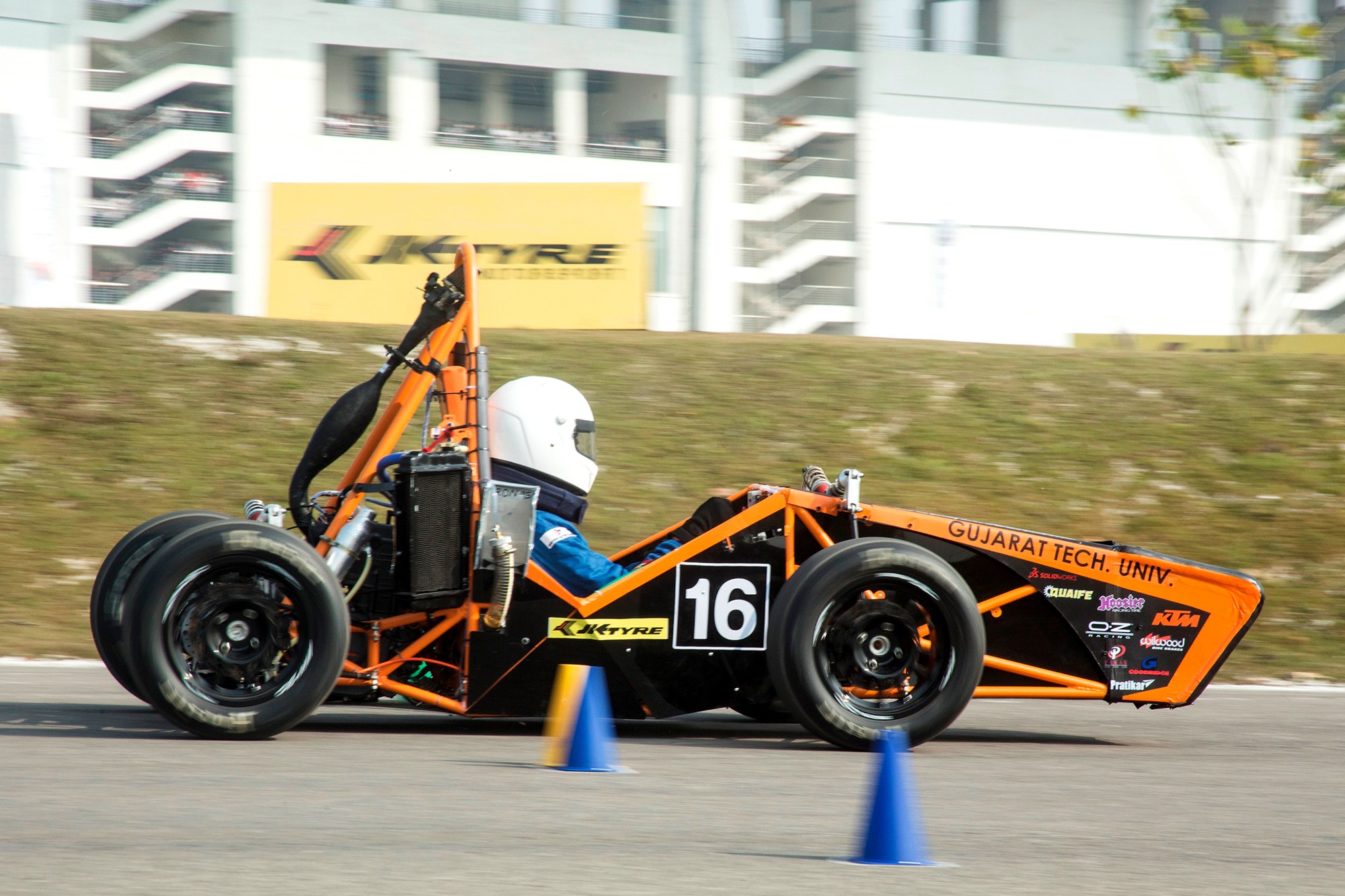 “We believe that competitions like FSI and BSI provide the next generation of engineers a platform to learn the real life applications of their classroom knowledge. The zeal that we see in these young engineers is extraordinary and surely reassuring for the future of India’s journey to becoming technologically at par with the world superpowers,” said Dr Raghupati Singhania, Chairman and Managing Director, JK Tyre & Industries Limited.

Team Orion of KJ Somaiya had to fight its way back to the champion’s title. They performed well in Design event but their lead in Autocross, Efficiency and most importantly the Endurance event confirmed their reign on the coveted title for the second straight year. The runner’s up, Team Camber Racing from SRM University got the highest points in Business Presentation, Acceleration and Skidpad event. The second runner’s up, Team Raftar Formula Racing of IIT Madras had to settle for the third position by pinching crucial points in Skidpad, Efficiency and Endurance events. Their win, however, is noteworthy as they were competing against more than 40 teams in the JK Tyre FSI this year.

JK Tyre Baja Student India (BSI) & JK Tyre Formula Student India (FSI) are student design competitions which focus on engineering design of a given target (All terrain vehicles and race-car respectively) under strict guidelines & fixed timeline. This is the best way to emulate a real life project in any company & provides a platform for the students to experience a real life project management.

The idea behind BSI & FSI is to improve the standard of student design teams within India by exposing them to the international standards & guidelines.

JK TYRE BSI 2015 was organised by Delta Inc., which is run by B.Tech/ BE alumni from engineering colleges across India including the IITs. Close to 50 teams registered for the Baja Student India 2016 and after being shortlisting process for over a year, the final 43 teams in BSI and 47 teams in FSI reached the final stages after undergoing various static inspections and competitions in the Design, Business and Cost Events.

The ‘JK Tyre Baja Student India 2016 adhered to stringent international guidelines. It made sure that all safety measures were followed by the participants while designing the cars and also during testing phase. The competition has experienced global experts from across Automotive Design, Manufacturing and Business fields to judge the prototypes by the students.

The eminent jury consists of automobile engineering veterans from India and abroad like Claude Rouelle, with over 20 years of experience in working as a test, development and race engineer in several racing series including GT, Indycar and Formula One. Some others on the panel include Cathy D’souza, Felix Scherke, Parag Rajda and Dr. Peter Jones.

With its roots in the 1980s, this is a major international design competition that comes to India after successful run across the world.