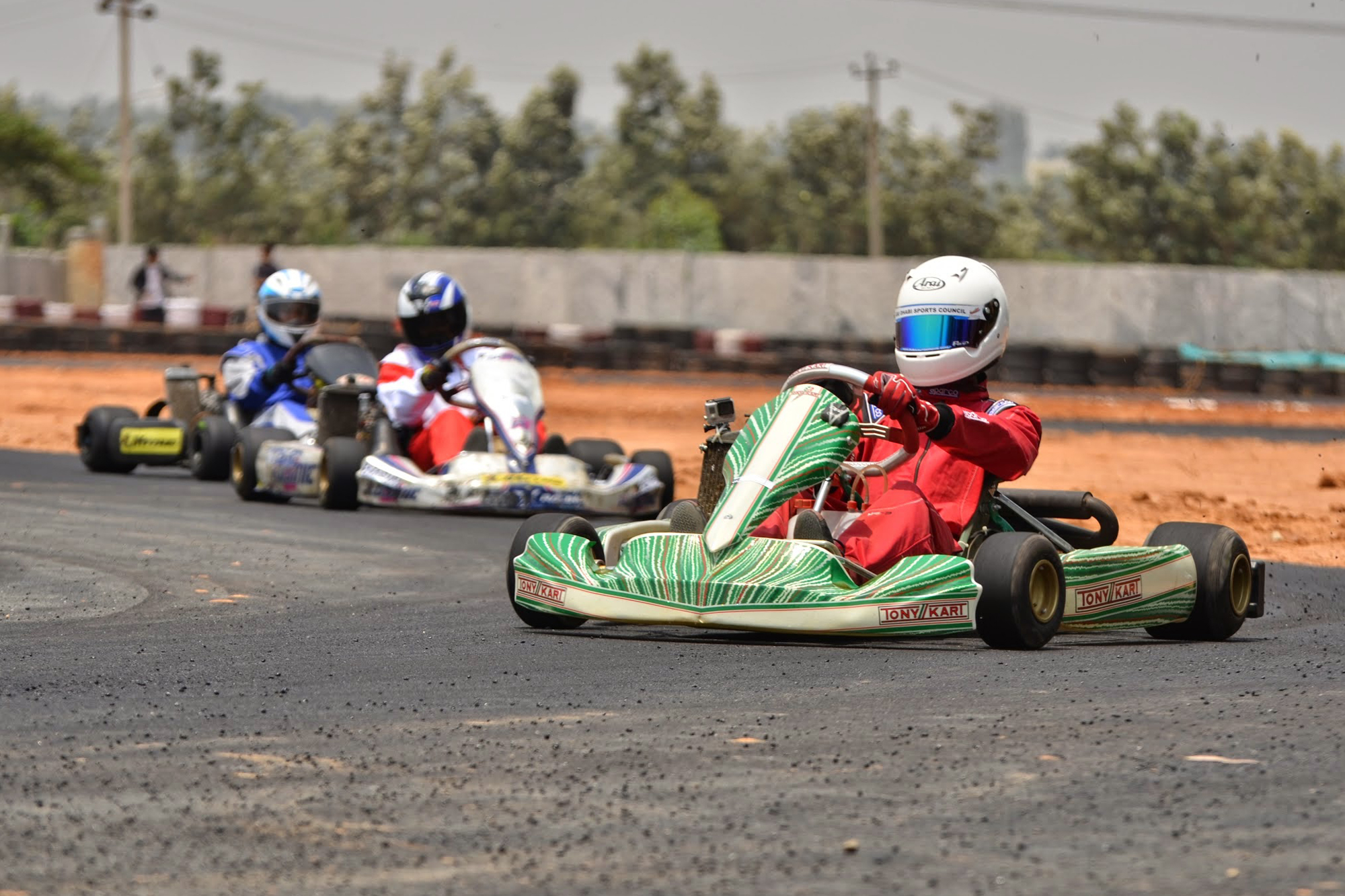 Bengaluru, May 21, 2015: Bengaluru is set to experience high adrenaline karting action when karters from across the country will get together in the city for the JK Tyre-MMS Rotax Max Kart Open on May 23-24, 2015. Organized by Meco Motorsports, the event will take place at the new Karting Track in the city, Meco Kartopia.

Bengaluru’s new karting destination, known as Meco Kartopia is a Meco Motorsport initiative. The track is 1.2kms in length and is as per CIK (Commission Internationale De Karting) specifications. Kartopia is the second Karting track in India after the opening of the Chicane Circuit in Hyderabad. The track will play host to two rounds of the JK Tyre National Karting Championship and bid for a round of Asian Karting Championship to be held later this year. In addition to hosting professional karting events, the track will be open for public for recreational activities on non-event days. The track is wellequipped with 30 karts of various specifications along with racing simulators and host of other entertainments.

The JK Tyre-MMS Rotax Max Kart Open & Rookie Cup will witness participation from young karting enthusiasts from across the country across three classes-Micro Max (7-12 years), Junior Max (13-16 yrs) & Senior Max (16 yrs. & above). The Kart Open category is for regular drivers who will take this up as a season opener to fine tune their racing skills before the National Championships. The Rookie Cup, is for new entrants in the sport as well as for those race drivers who have not finished in the Top 3 in the previous championships and also for those who have not taken any podiums in the previous championships. This gives Rookies an opportunity to test their skills in real time as they compete amongst the seasoned karters.

This year, the event will have participation from 3 Sri Lankan Karters who will take part in the Junior Max & Senior Max categories. They are part of the Sri Lankan Federation's initiative to promote Karting and will be racing under their own banner.

The qualifying followed by the first set of races will be held on Saturday, May 23, 2015. There will be 4 races per class per round making it a total of 12 races. The second set of races will be held on Sunday, May 24 followed by formal inauguration of the track. The highest points from round one and round two in each of the classes will determine the top three Overall Winners and top three Rookie Winners for the Kart Open and Rookie Cup respectively.

The Karting programme of JK Tyre has seen prodigies doing well, both at the national and international levels. Some of these names include those of Narain Karthikeyan, Karun Chandhok, Armaan Ebrahim, Aditya Patel and Arjun Maini have all graduated from these karting championships to becoming international motorsport icons.

The JK Tyre-MMS Rotax Max Kart Open & Rookie Cup will give the budding racers a lot of track time and race experience and gear them up for the upcoming National Championships.