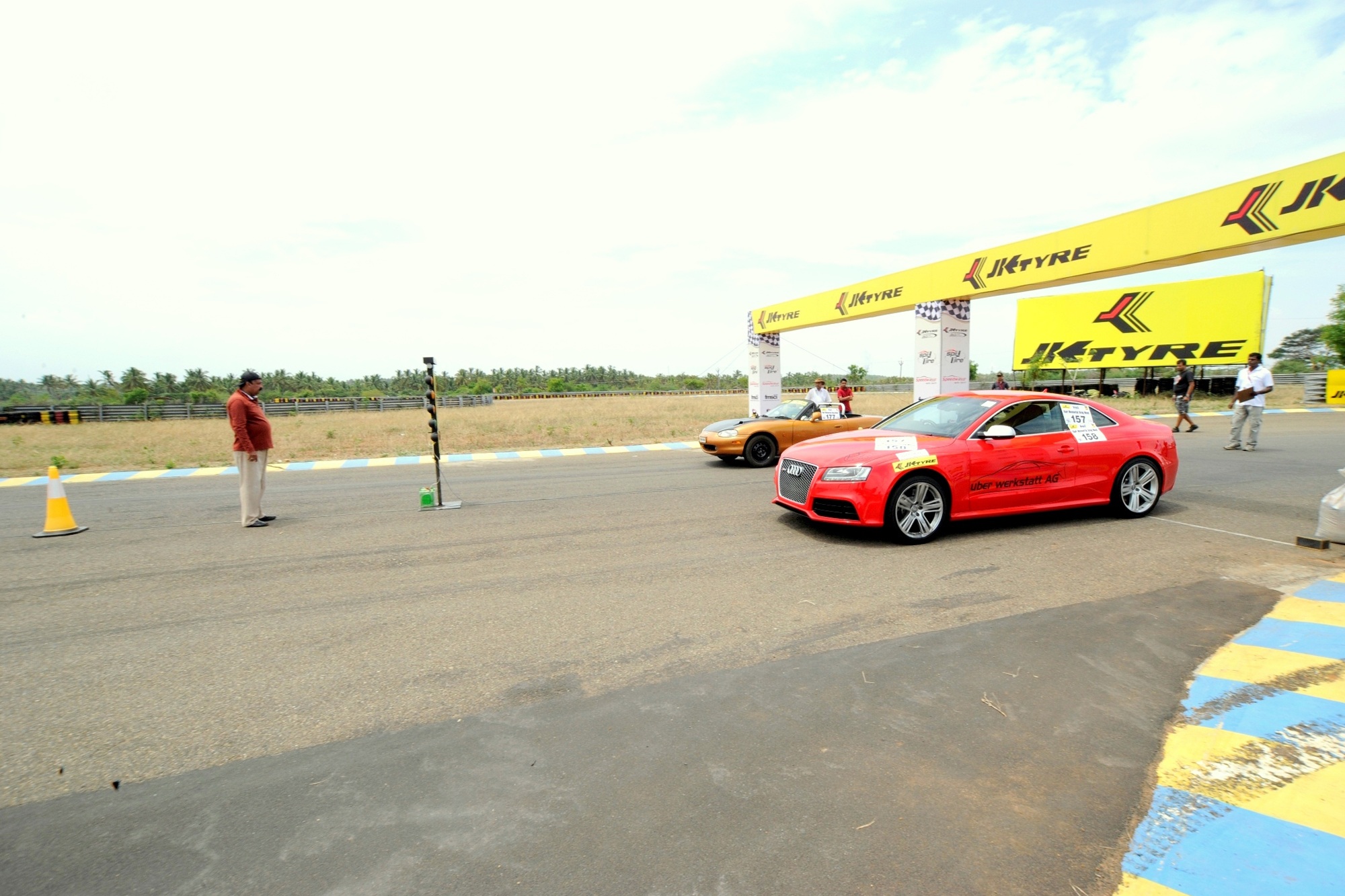 Coimbatore: JK Tyre in association with Spitfire Motorsports and Speedway Motorsports is organizing the JK Tyre FMSCI Indian National Drag Racing Championship. The event will be held from 22-23 April, 2015 at Kari Motor Speedway, Coimbatore. Drag racing is an extremely popular form of motor racing and attracts a large number of entrants. Unlike other forms of racing, a drag race is one where regular cars and motorcycles with no modifications also can take part and compete. The championship consists of four rounds out of which Round 1 and 2 was organized last year. This year, Round 3 & 4 will be organized in the span of two days where two cars and bikes will race alongside on a 400 meter and 250 meter track respectively.

The event has several categories, where in a participant can take part in more than one. At present the frontrunners in the championship under four wheeler Indian open category is Joel Joseph followed by Ravindra Bopanna. In the unrestricted category Joel Joseph leads followed by Suna Miandad. In two wheeler Indian open category M D Javeed Khan leads followed by A. Antony and Rizwan Khan followed by Shabbir lead in the unrestricted category. This year, the event is expected to get around 200 entries and will witness exotic cars ranging from Nissan GT-R to Porsche 911.

The final results will be decided based on various classes which are based on type of vehicle and cubic capacity of the engines. The winner of the season will be selected based on their overall performance in all four rounds of the championship.