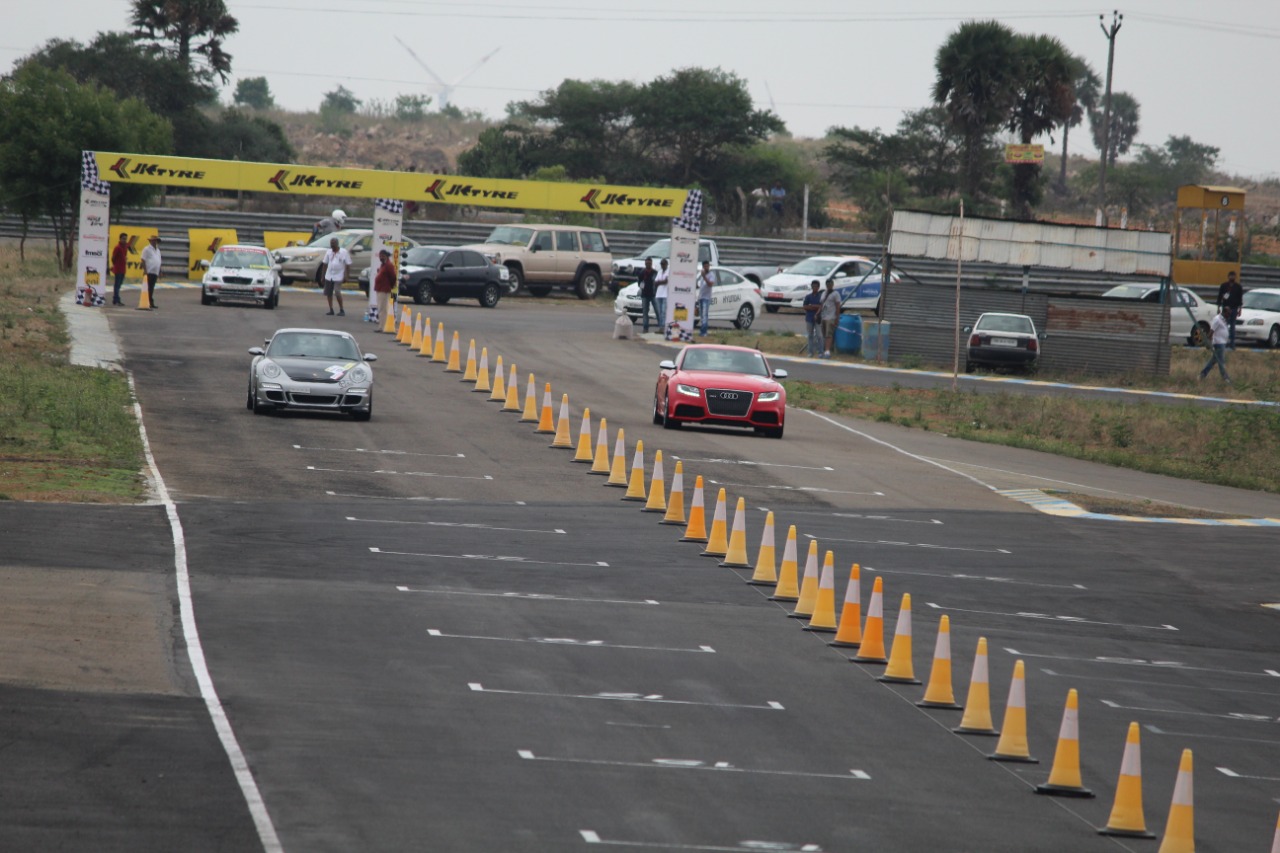 Spitfire Motorsports Pvt. Ltd. is engaged in motorsport promotions and was formed more than 10 years ago by veteran motor sport personalities having a combined experience of over 50 man years in motor sports. Spitfire has successfully organised 2 rounds of the International FIA Asian Zone Rally Championship and played a major role in the organisation of the MRF India Rally 2002 which was the successful contender round for the Asia Pacific Rally Championship. Spitfire also organised the India leg of the London Sydney Marathon 2004. Spitfire has been very active in the racing scenario, having run many rounds of the National Racing Championships at Coimbatore and the Indian National TSD Rally Championship 2013.

The National Drag Racing Championship is a championship for drag races. The Federation of Motor Sports Clubs of India (FMSCI) has mandated Spitfire to organise this championship.

What is a Drag Race ?

A Drag Race is a race which involves 2 vehicles (cars or 2 wheelers) racing alongside each other over a 400 metre long strip. The vehicles are started by means of an electronic system and the vehicle taking the minimum time to complete the distance is the winner. The timing is recorded electronically to a very high accuracy (1/1000th of a second). When there are many entries, the competitors are pitted against each other until a final winner emerges. Many categories of vehicles take part in a drag race from a standard vehicle with no modifications all the way up to vehicles specifically prepared for drag racing. The vehicles are segregated into various classes based on their engine size and level of preparation. Similar vehicles compete against each other and prizes are awarded category wise.

Since this form of racing enables virtually anyone to participate, it is an extremely popular form of racing where even a casual driver can take part. Thus this a race which traditionally sees huge participation levels. The race is also very spectator friendly, as the entire action takes place on the 400 metre stretch which is fully visible to the spectators all the time. This stretch also offers enormous media and direct exposure opportunities for the sponsor.

Special arrangements are made to ensure the safety of the spectators and the competitors, including rescue, fire fighting and medical support when the race is going on.

The events will be run as per the guidelines of the Federation of Motor sports Clubs of India - the governing body for motorsports activities in India. The events will be organised with maximum emphasis being laid on safety, as well as improving the level of spectator enjoyment.