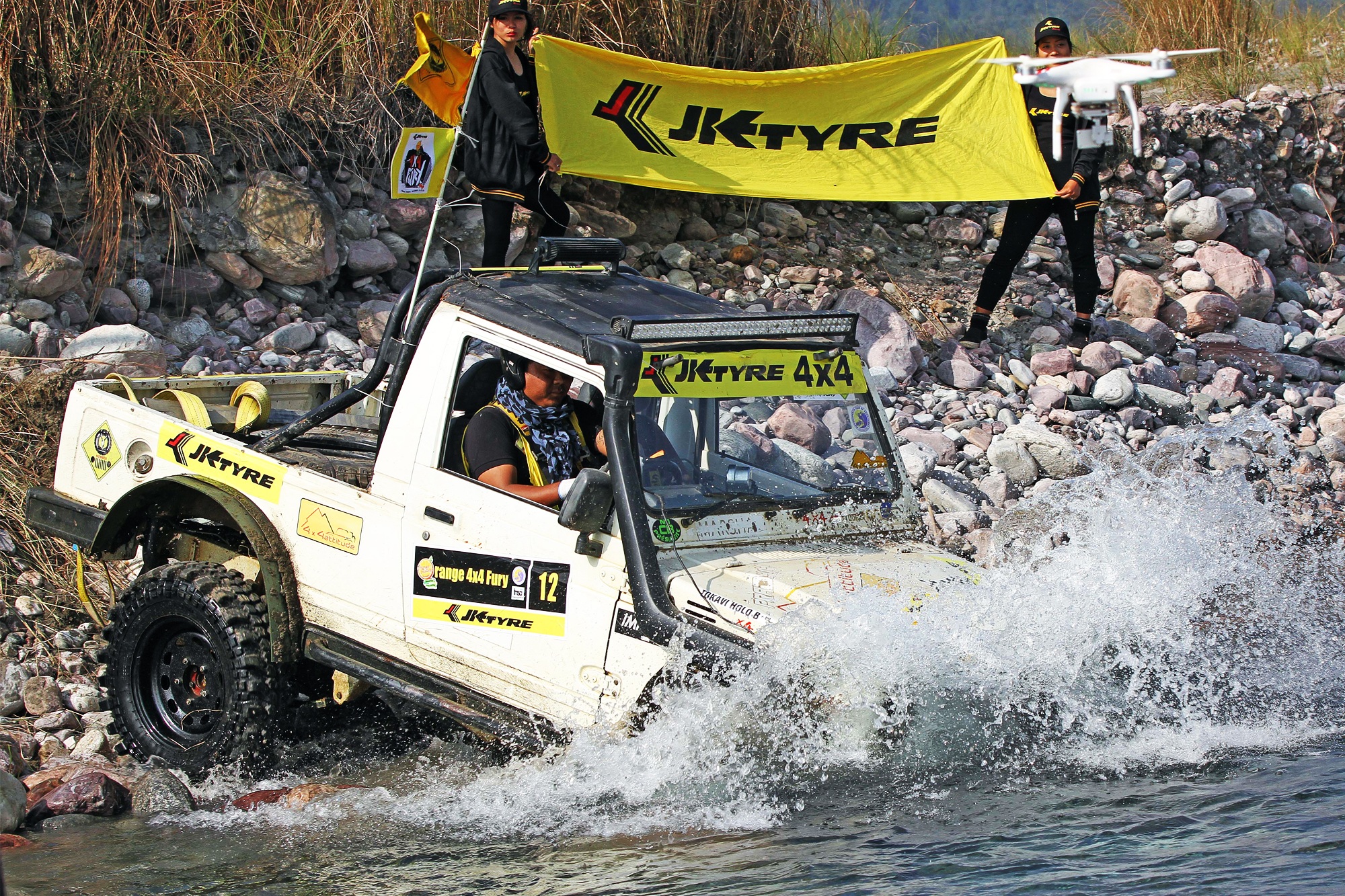 Dambuk, December 16: Mother Nature laid out a spread fit for the Gods as the JK Tyre Orange 4x4 Fury off-road event, part of the Orange Festival of Music and Adventure, began with two obstacle courses Rock the River and Sineh on the Rocks, here on Wednesday.

The 26 crews were put to severe test as they negotiated the two circuits over some 800 metres that challenged the driving skills, courage and team work of the participants driving vehicles ranging from the old faithful Maruti Gypsy to the bulky Sports Utility Vehicle and the Quad.

The first of the obstacle course was at the Sisar river on the outskirts of the Dambuk town that is also the venue for the Orange Music Festival, an initiative by the Arunachal Pradesh government as part of promoting the region as a tourist destination.

The participants had 20 minutes to negotiate the 500-metre course with a dry river bed and mountains providing spectacular backdrops enhanced by bright sunshine. The course crisscrossed the fast flowing river with strong currents in some spots.

The three Stewards nominated by the Federation of Motor Sports Clubs of India (FMSCI) judged the participants on the basis of the Approach, Drive-through, Vehicle presentation and External help which involved team-work.

Almost all of the competitors negotiated the course with great skill that set the standard for the event which is organized by IMSC Motorsport with the help of Abu Teyang, Director of Transportation, Arunachal Pradesh.

After completing the course, the vehicles moved to the next Stage, the Sineh riverbed for a 300-metre obstacle course that opened with a steep downhill section requiring the use of the winches as the organizers put premium on safety rather than speed.

The results will be announced at the end of the event on Friday based on cumulative scores. The participants were unanimous in their appreciation of the obstacle courses that were at once very challenging without being dangerous.