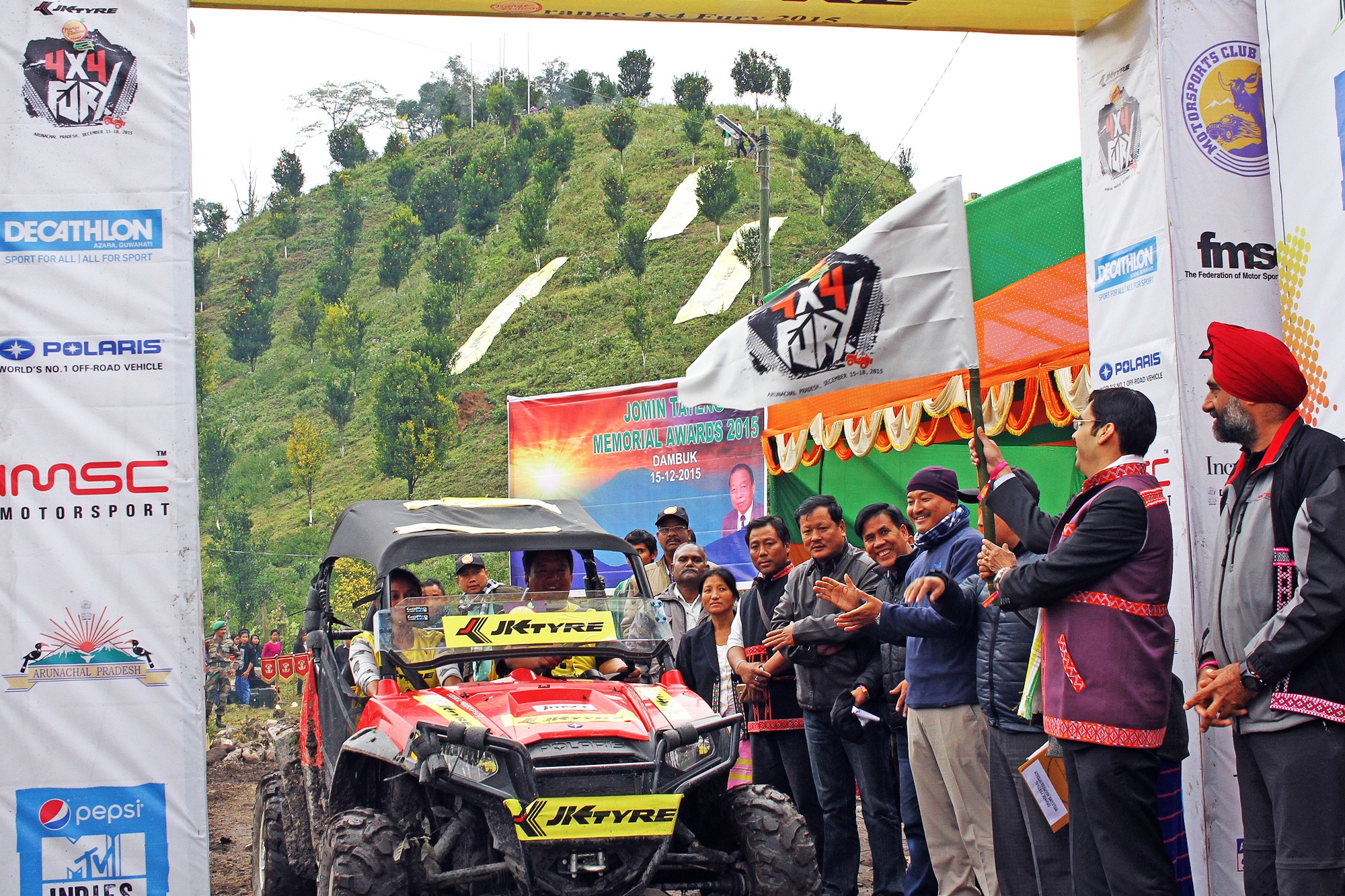 The event, which is run under the aegis of the Federation of Motor Sports Clubs of India (FMSCI), the governing body for motorsports in the country, has attracted the best off roaders of the country while offering an opportunity for the local talent to compete against the best in the country.

The event, organized by IMSC Motorsport with the help of Abu Teyang, Director of Transportation, Arunachal Pradesh, has three classes – Open (all vehicles), Quads and Local for participants from the North-Eastern region.

The JK Tyre Orange 4x4 Fury will officially kick-start on Wednesday with 15 teams from across India in the fray. Each team comprises two vehicles manned by a pair of driver and spotter. The Stages would be in the thick rain forest and river crossings along with deadly swamps that will test man and machine to the limit.

The winner of the Fury will be adjudged on the basis of various parameters including Approach, Drive-through, Vehicle presentation and External help which involves team-work besides time taken to clear the obstacles. The rustic and spectacular setting of Dambuk town in Arunachal Pradesh provided an ideal ambience as the Orange Festival of Music and Adventure, the first of its kind in India. The Festival seeks to showcase Arunachal Pradesh as a tourist destination offering adventure sports like mountaineering, white water rafting and motorsports besides other such activities, and the JK Tyre Orange 4x4 Fury blends in perfectly with the theme.

One of the highlights of the Festival, besides the JK Tyre Orange 4x4 Fury, is the four-day musical extravaganza that will witness the likes of diva Alisha Bhat belting out the popular songs.

The venue of the Orange Festival, which is supported by the government of Arunachal Pradesh, is the sleepy town of Dambuk nestling among towering mountains, orange orchards and the Dibang river which forms part of the JK Tyre Orange 4x4 Fury.

The dense rain forest which rings Dambuk and the many tributaries of the iconic Bramhaputra river, called Siang until it enters the neighbouring State of Assam, make the region almost inaccessible during the monsoon. So much so, the locals use elephants as a mode of transportation.

Reaching Dambuk, home of Adi tribe known for their bravery and the thick forests which host a variety of wild life, is an exercise in adventure as the journey is across broken tarmac roads and dirt tracks besides a ferry crossing of the Bramhaputra river.

Thus, the salubrious winter climate marked by occasional rain also provides for near-perfect ambience while the terrain of dry river beds adds challenge and excitement to the proceedings.