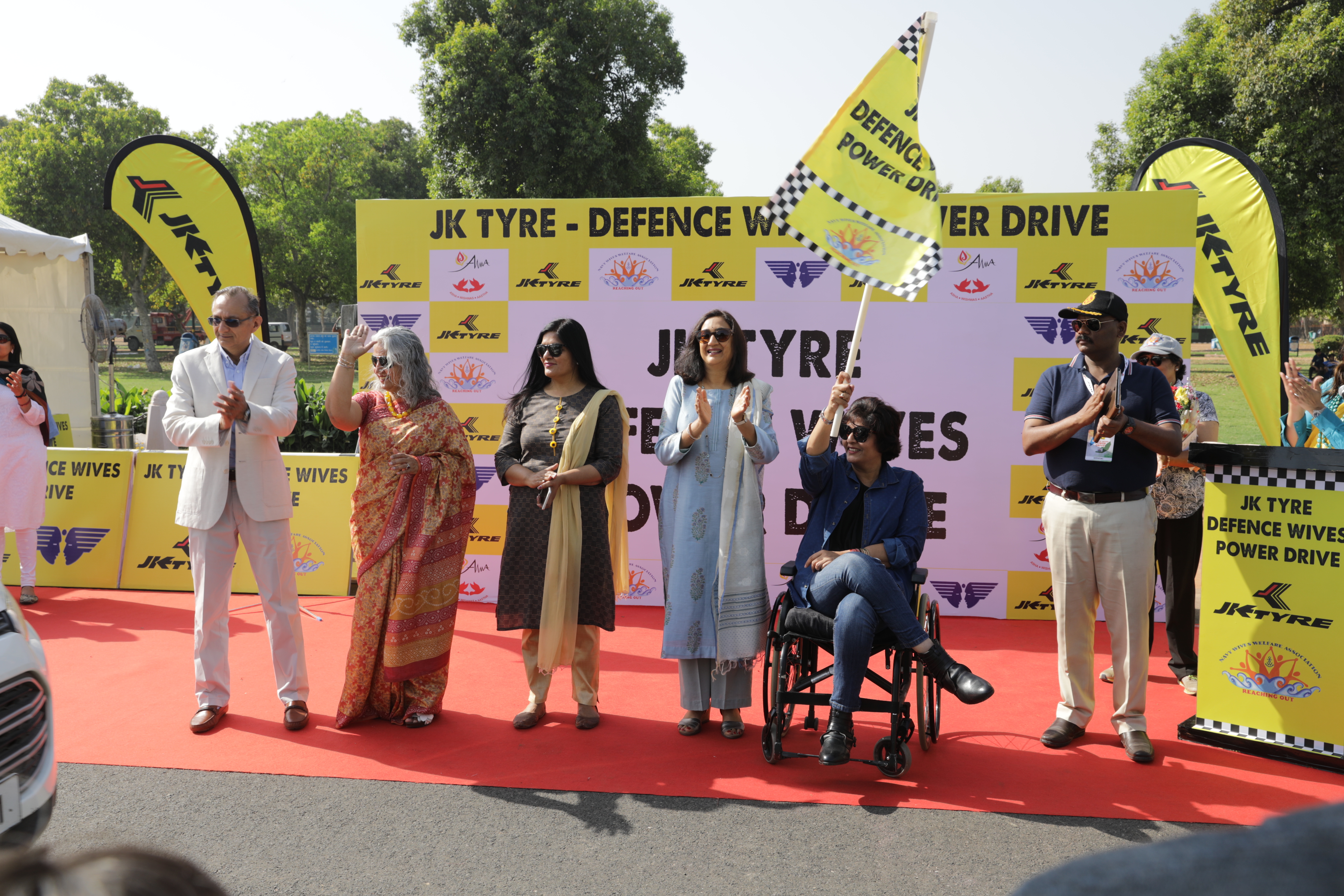 Flagged-off from the ceremonial boulevard Rajpath, the rally witnessed participation of 115 women who were wives of Indian Armed Forces personnel who came together to race for the cause of women empowerment. Adding a unique dimension to the Rally, the challengers were encouraged by the serving officers who acted as navigators for the drivers throughout the TSD (time, speed, distance) rally.

The unique rally traveled through some of the iconic locations of the capital city, before culminating at Surajkund in Faridabad where the winners were felicitated. The JK Tyre Defence Wives Power Drive is yet another initiative by JK Tyre to showcase the increasing power and strength of women and also to salute the indomitable courage and bravery of our Defence Forces.

Present at the occasion, Mr. Sanjay Sharma, Head – JK Motorsport, said, “It is heartwarming to receive such great response from Indian Defence families and the wives associations to this inaugural edition. We will definitely consider making this rally an annual affair as we go forward.”

JK Motorsports has played a pivotal role in bringing women into motorsports and year on year have been adding newer and unique events focused on women in its calendar like the YLFO Power Drive, JK Tyre Times Women’s Drive, JK Tyre Women’s Rally to the Valley.