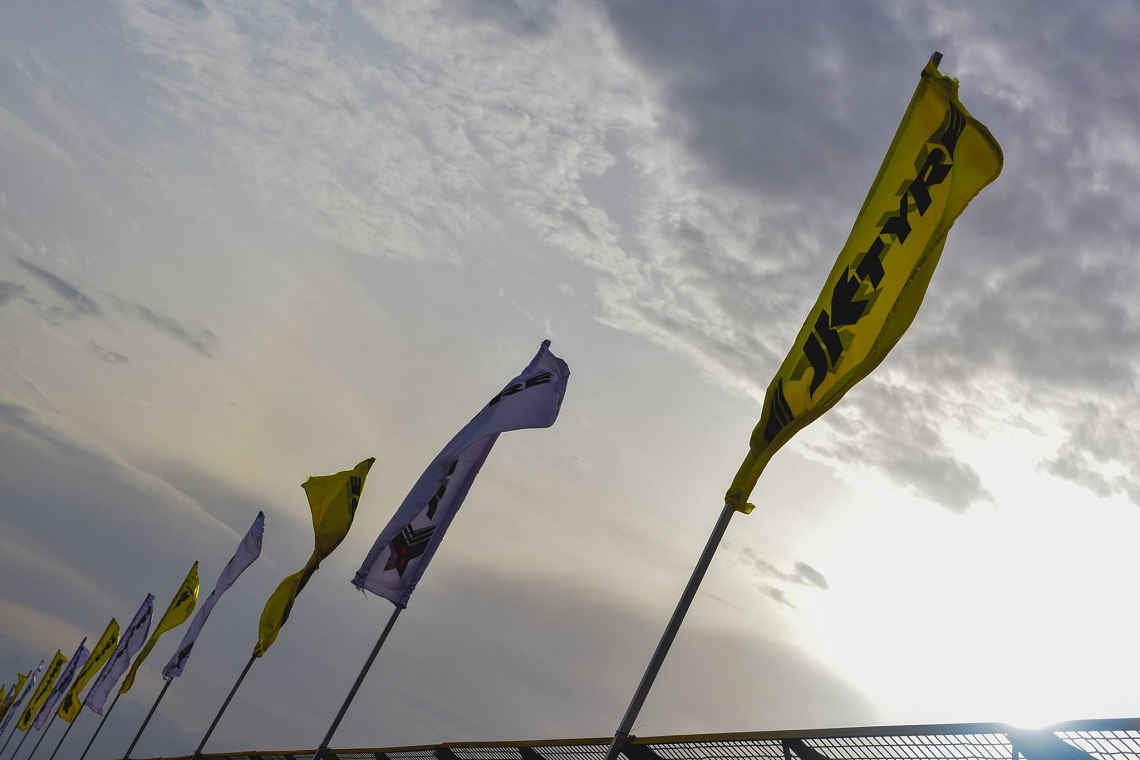 Coimbatore, 9th September 2016:: The second round of the 19th JK Tyre-FMSCI National Racing Championship here at the Kari Motor Speedway promises to be an exciting battle of nerves, skill and speed as ace drivers Nayan Chatterjee and Ricky Donison go head to head once again in the high-profile Euro JK 16 category.

Mumbai’s Nayan will fancy his chances after winning two out of the four races in the first round while Bengaluru’s Ricky will try to make amends for slipping out by jump-starting twice during that fateful weekend in July. Nayan is currently in the second position in the championship race, having garnered a total of 26 points; Ricky is right behind him, snapping at his heels with 21 points.

Anindith Reddy, with 33 points, has quietly moved to the top of the leadership table. The young Hyderabadi lad grabbed the honours by finishing on the podium twice, and settling for the fourth and sixth positions in the other two races.

Kolhapur’s Dhruv Mohite (20 points) and Bangalore’s Akash Gowda (15 points) are the other two in the top five, and will hope to reduce the gap between themselves and the leaders.

“The first round was truly spectacular,” said Sanjay Sharma, president of JK Motorsport. “I think it’s going to be even more intense over the weekend as some nice rivalries are taking shape as the season gathers momentum,” he added.

In the LGB Formula 4, Rohit Khanna will hope to consolidate his position by putting up another good show. The Delhi youngster in Dark Don Racing colours has a handy 15 points, having won one of the races and finishing in the top five in the other two. He is being chased by teammate Ashwin Sundar (Chennai) with 10 points.

Vishnu Prasad of Meco Racing is at Number Three with 8 points. Incidentally, both, Ashwin and Vishnu won a race apiece but had disastrous runs in the final race, with Vishnu not even finishing.

In the JK Touring Cars segment, Ashish Ramaswamy of Red Rooster Performance is the runaway leader. He won both the races in Round 1 to take the maximum 40 points. Vidyaprakash Damodaran and Rajkumar GD, both of Prime Racing, will have to push themselves real hard to catch Ashish on Saturday or Sunday.

Provisional Championship Standings after Round 1