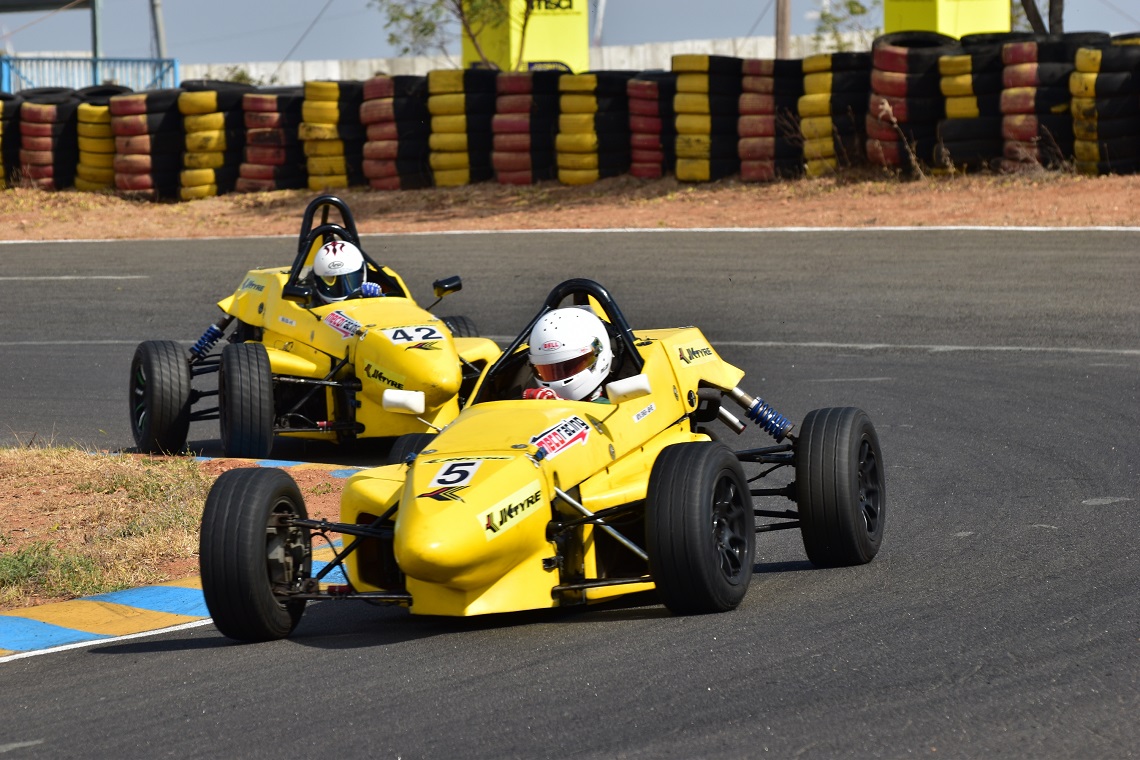 Coimbatore,  07th October 2016:: Euro JK 16 championship leader Nayan Chatterjee will be hoping to underline his supremacy and inch one step closer to the crown in the penultimate round of the 19th JK Tyre-FMSCI National Racing Championship here at the Kari Motor Speedway on Saturday-Sunday.

The ace Mumbai racer has been virtually invincible in the fastest category of the championship, having won as many as four races in the earlier two rounds to amass 58 points. He will be aiming to continue with his blistering runs over the weekend in Coimbatore to set himself up for the year’s ultimate crown in racing.

Nayan’s closest rival is Ananth Shanmugam of Bangalore, with 48 points. Ananth showed his class and intentions in the last round, picking up 34 points to storm into contention. He made up for his poor opening round sensationally to prove that he can pull off a few surprises in the remaining two rounds.

Kolhapur’s Dhruv Mohite (39) and Hyderabad’s Anindith Reddy (38) are currently in third and fourth positions in an impressive field of 15 racers. They will be hoping to make amends over the weekend so that they stand a chance in the final round at the Buddh International Circuit in Greater Noida next month.

Newly crowned JK Tyre-FMSCI National Go-karting champion Ricky Donison is way behind at number seven, after having a miserable second round where he failed to pick up a single point. He has the pace and ambition to move up the ladder but he has a lot to ground to cover. He will not only have to win every race but will also need the current leaders to mess up big time to even come into contention.

Sanjay Sharma, president of JK Motorsport, is expecting a fiery round as the drivers zip up for glory. “You can never say what might happen in a race, in a championship. I am expecting the top guns to give it their all and that only means a race to the finish,” he said.

In the LGB Formula 4, the big battle will be between Meco Racing and Dark Don Racing, with Vishnu Prasad and Raghul Rangasamy leading the charge for the former and Rohit Khanna and Ashwin Sundar for the latter. Chennai’s Vishnu is currently sitting pretty with 36 points while his team and city-mate Raghul is second with 27.

Delhi’s Rohit and Chennai’s Ashwin are right on his tail with 26 and 23 points respectively. The only two ladies in this category, Mira Erda (8) and Sneha Sharma (5) are at position numbers 8 and 11 in a field of 21 racers.

The JK Touring Cars segment seems to be a closed affair already with Ashish Ramaswamy of Red Rooster Performance leading the pack with 80 points. He has won each of the four races in the last two rounds to look uncatchable. Rajaram C and Radha Selvarajan, both of Prime Racing, are doing the chasing with 45 and 37 points respectively.