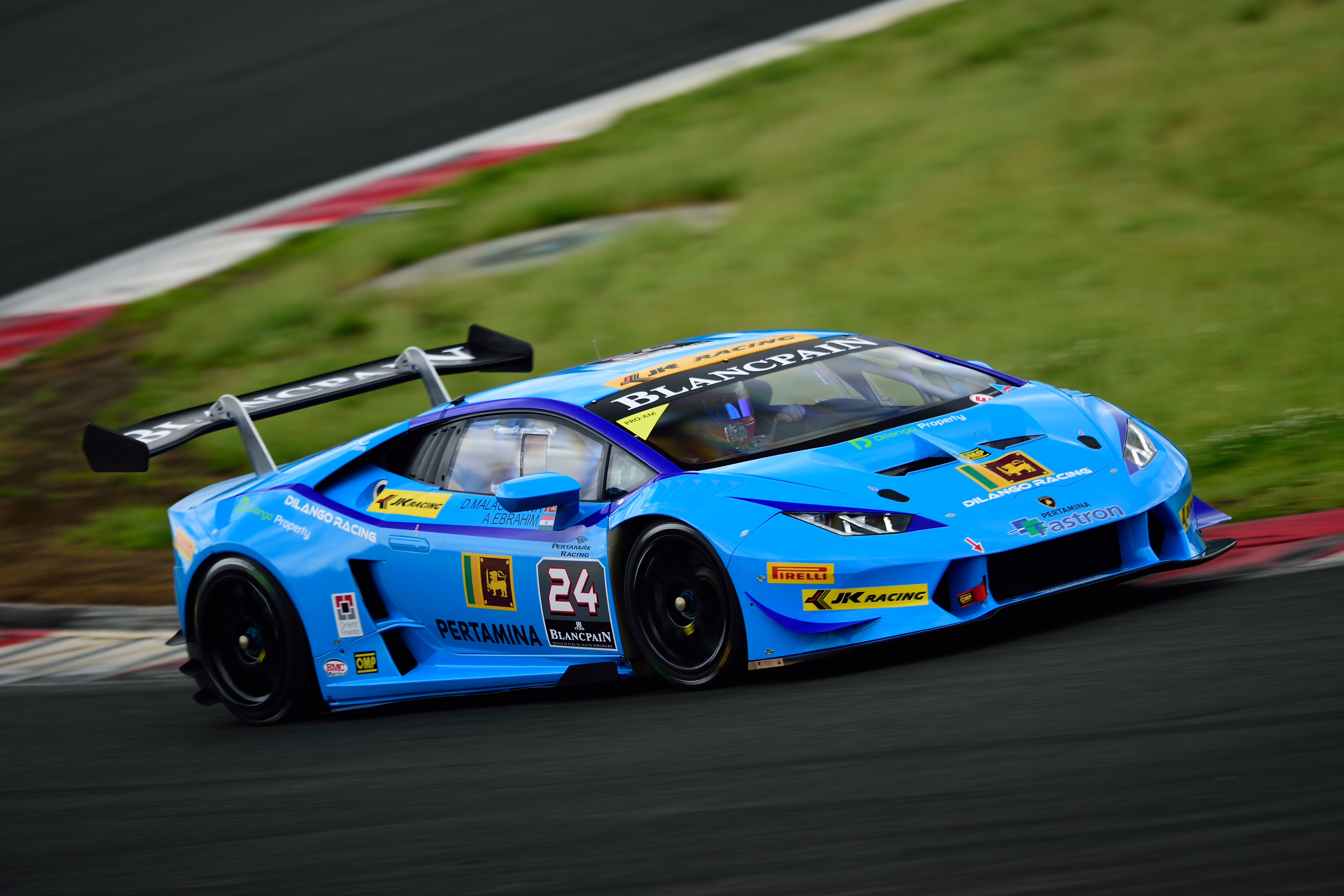 Round 3 of the Lamborghini Super Trofeo Asia Series was a street race, the first in Kuala Lumpur, Malaysia.

Having missed the first practice session, qualifying was always going to be difficult and Armaan qualified 5th. With a few changes made on the roll bar stiffness and suspension post qualifying, Armaan attacked from the word go as overtaking was extremely difficult in the narrow street circuit.

Armaan had made 3 places and was in 2nd place and was putting the leader under immense pressure. Armaan handed over the car to team mate Dilantha in 2nd position overall. During the Pit stop, the engine shut off due to overheating issues and by the time they managed to restart and get out, they had lost a place and finally took a well earned 3rd place overall to retrieve valuable points lost in Race 1.

In Race 1, Armaan was running a very strong 2nd till half way through the race, but gremlins struck as the gearbox pod sensor malfunctioned forcing him to pit.

Commented Armaan : It was finally a good result over a very difficult weekend. To start with, we lost precious track time as the 1st session was cancelled due to the track not being ready and to split one session between 2 drivers meant that we got just over 6 to 7 laps in practice. Qualifying was not so bad as we qualified 5th and having understood what we needed to do on the car, I was quite confident of a good result in both races.

Race 1 was going really well as I had moved into 2nd and was looking very strong for an overall win as I had the measure of the leader in front. However, suddenly the gearbox stopped working and I could not shift any gears and that forced me to the pits. The gearbox pod sensor had failed and that was it.

Race 2 was looking very solid again after starting 5th again. This time it was quite a fight to make places and after a few laps I managed to get to 2nd place and was attacking the leader ahead. Pit stop time came up and once again gremlins struck as during the driver change over, the engine shut off due to over heating and by the time my team mate managed to restart and get back on track, we lost a place which cost us a good race win. Nevertheless 3rd overall and a podium was a good way to end the weekend.