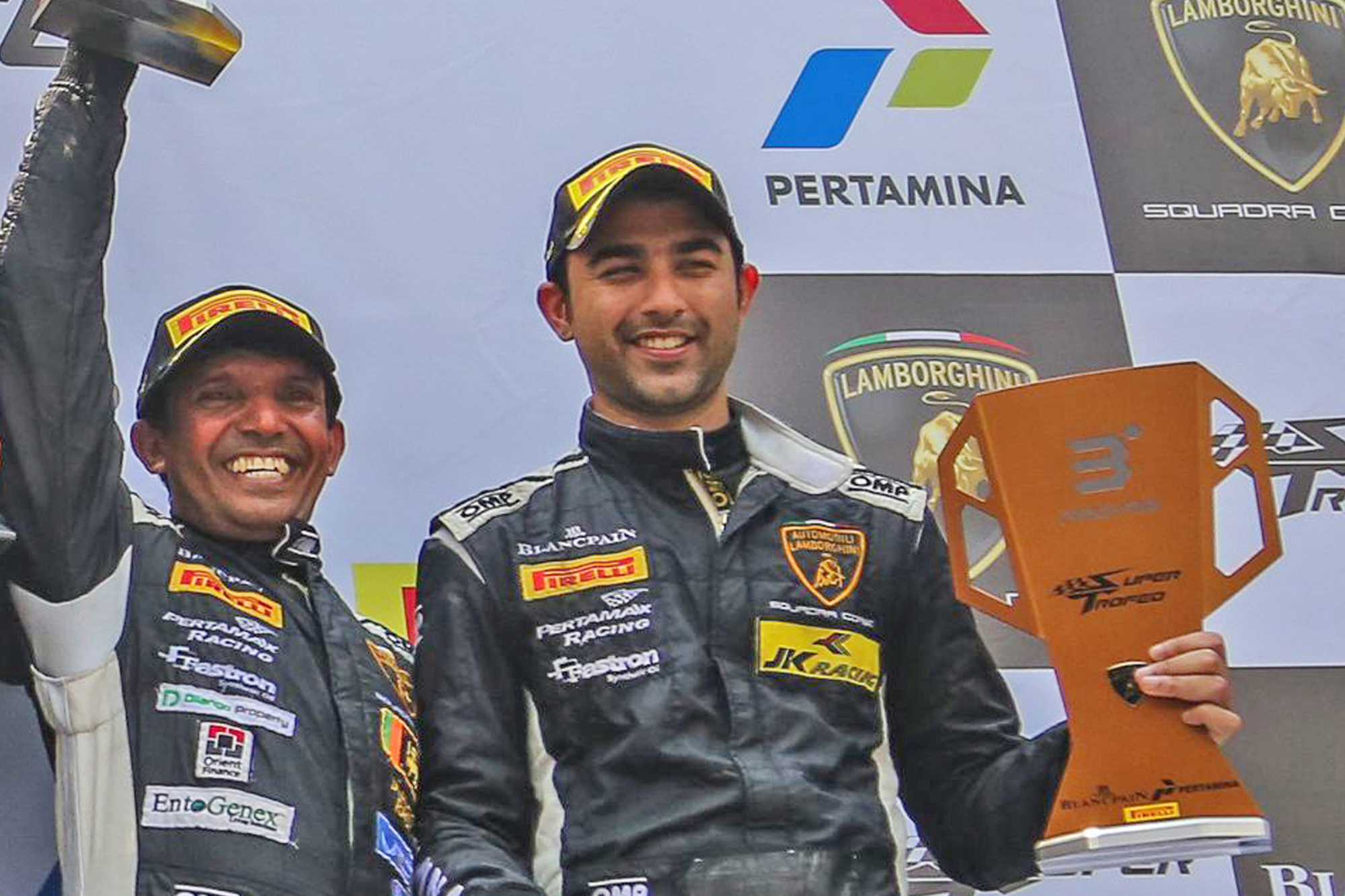 SENTUL (INDONESIA): India’s Armaan Ebrahim and his Sri Lankan partner Dilantha Malagamuwa notched their second consecutive podium finish as the pair were placed third in the first of the two races of the Lamborghini Super Trofeo Series at the Sentul International Circuit, here on Sunday.

JK Tyre Brand Ambassador Armaan and Dilantha, who had finished third in the previous round at the Sepang circuit in Malaysia, put in a fine performance in the first race of the weekend for a podium spot after starting 10th on the grid.

Going into the fourth round, Armaan and Dilantha were placed second on the championship leaderboard and had hoped for a strong showing to take back the lead.However, their weekend was off to a disastrous start as Dilantha had a bad crash in the opening laps in the first practice session. Consequently, Armaan missed both the practice sessions and most of the Qualifying session as the car had suffered extensive damage.Starting 10th in Race 1, Armaan took the start and drove at a frenetic pace, making eight places and moved up to second before handing over the car to Dilantha. Dilantha dropped one position towards the end of the race due to a problematic gearbox and the team took the chequered flag in third position which earned valuable points as well.

Armaan took the start again for Race 2 from fifth on the grid. He got off to a storming start and half way through the race, had moved up to second place overall before Dilantha took over. With just two laps to go for a strong second place finish, disaster struck when the rear right tyre blew, forcing Dilantha to drop down the order.Reflecting on the weekend, Armaan said: “Coming away with a third placed Podium was definitely a consolation after a disastrous start to the race weekend. “It was unfortunate that Dilantha lost traction in the first practice session and suffered a big crash which damaged the car badly. Missing out on both the practice sessions and most of Qualifying meant that I had to go into the race blind.

Nevertheless, it was a good race as I had a very good race pace and we were able to come away with a podium position.

“Race 2 was extremely disappointing as we had done all the hard work and were comfortably placed in second position before Dilantha took over. With just two laps to go for the chequered flag, the rear tyre deflated and Dilantha lost track position to finish 11th.”

“We now look forward to the next race in Shanghai in October and hopefully Lady Luck will smile on us and we can take back the Championship lead.”