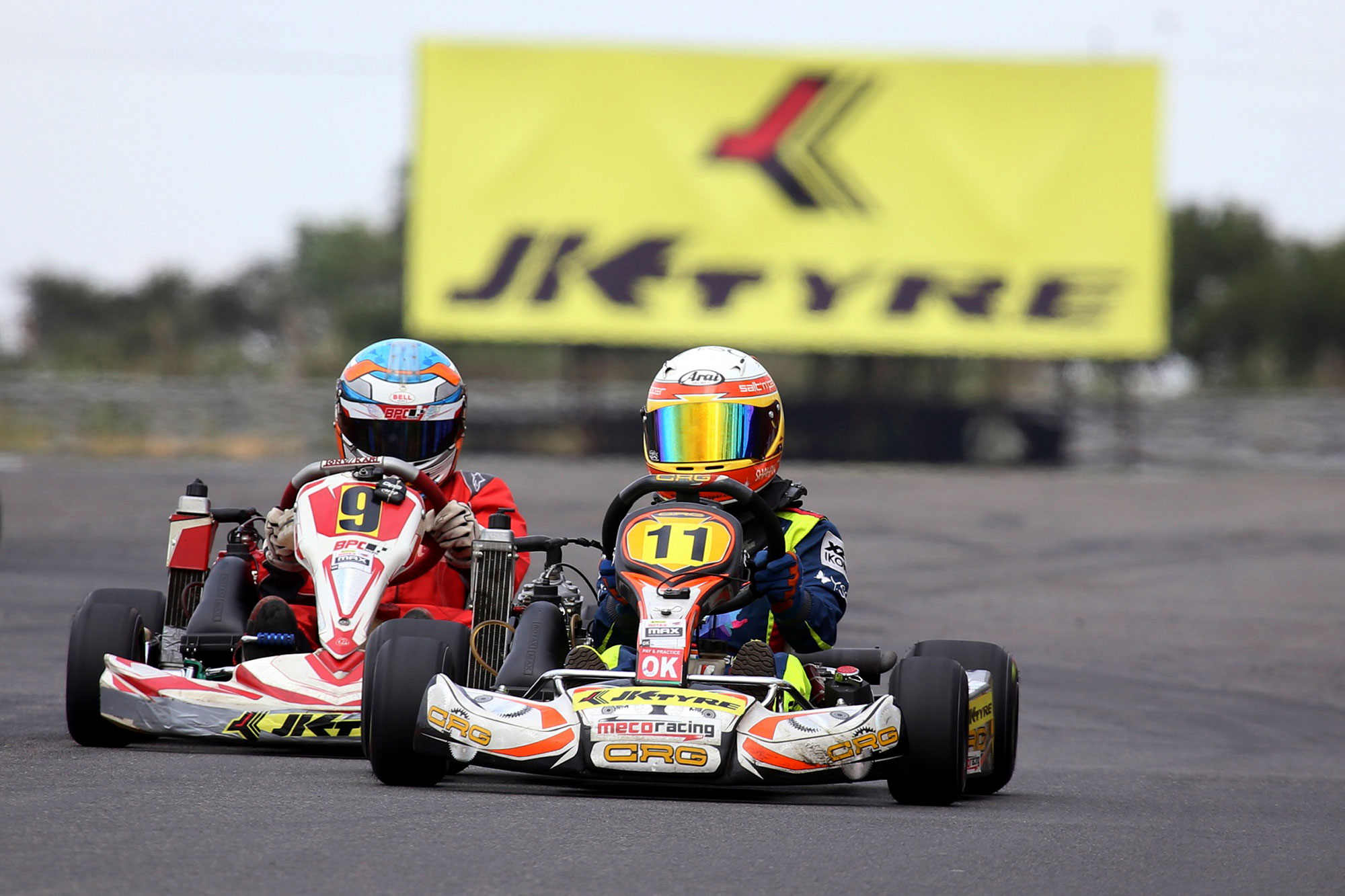 Coimbatore, August 22, 2015: Round 3 of the 12th JK Tyre-FMSCI Rotax National Karting Championship kick started at the Kari Motor Speedway in Coimbatore. It was an action packed day at the track as 36 young karters across the country drove through this high speed track making it all the more thrilling for the drivers and the spectators.

After the qualifying the two heats were scheduled. Micro Max category saw high pumping action as the young lads raced fiercely through the track to cross the finish line first. It was a close fight from start to finish between Chirag Ghorpade from Bangalore representing Team BPC Racing and Shahan Ali Mohsin from Agra representing Team Meco Racing, however it was Chirag who crossed the finish line first and Shahan could only finish behind him in the second place. He was followed by Aditya Swaminathan from Bangalore representing Team Meco Racing who finished in the third place. Heat 2 witnessed Chirag and Shahan battle it out to secure the first position yet again however, it was Chirag who clocked the best time. He was followed by Shahan Ali Mohsin and Aditya Swaminathan who sealed the second and third place respectively.

The atmosphere was buzzing with excitement as it was an absolute treat to watch the drivers in Junior Max category race in full throttle. Akash Gowda representing Team Meco Racing outpaced Nirmal Umashankar who started from the pole position and clocked the best time. Nirmal was placed second and he was followed by Mohammed Nallwalla representing Team Rayo Racing who sealed the third place. After a bumper to bumper 15 laps race, Nirmal Umashankar emerged first in the leader board in Heat 2 beating Akash Gowda who was placed second followed by Mohammed Nallwalla who was placed third.

The battle in the Senior Max category was an intense one as the drivers showcased some excellent racing skills. Heat 1 witnessed some exciting action as Ricky, Nayan and Ameya battled it out throughout the race for the first place. Ricky was leading in the first few laps followed by Nayan and Ameya however tables completely turned and in the end it was Mumbai boy Ameya Bafna from Team Rayo Racing who took the lead and finished first, leaving the spectators completely in awe of him. Ricky Donison who started from the pole position clocked the second best time and he was followed by Nayan Chatterjee who placed third.

Ameya Bafna impressed the spectators with his action packed performance yet again. He crossed the finish line first in Heat 2. Nayan Chatterjee finished second and Ricky Donison managed third place. With the competition getting intense on Day 1, Day 2 promises to be high on adrenaline and excitement as the young racers compete with each other in the pre-finals and final races which will be followed by the announcement of winners.