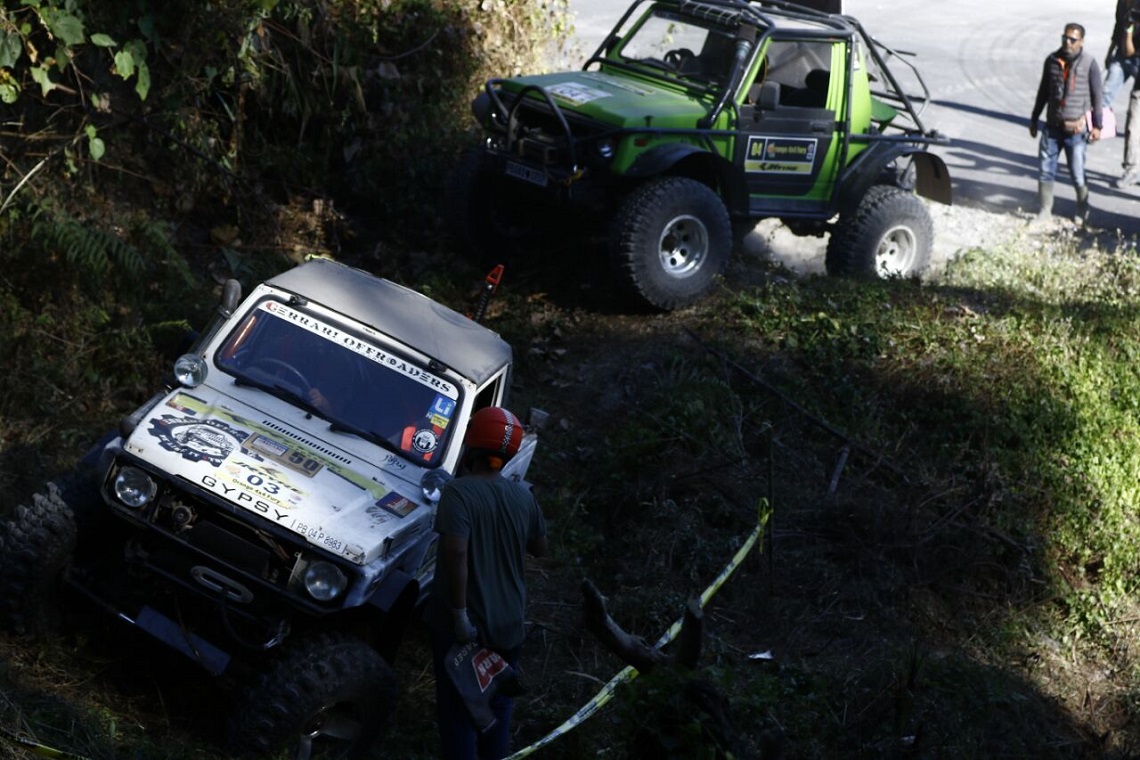 Dambuk Valley (Arunachal Pradesh), 16th December 2016::The BODA team from Bangalore, led by Siddanth Santosh and Lokesh Shivaraja, stormed into the lead after four stages in the JK Tyre-Orange 4x4 Fury race, the ultimate natural offloading competition in the country here on Friday, on a day when all the drivers’ skills and techniques along with their machines were tested to the optimum.

The Bangalore Offroad Drivers Association (BODA) team entertained the crowds as they tackled tricky stages involving driving in the river, up and down steep hills and natural obstacles too. They seem to be best placed to be crowned the 2017 champions with just two more stages to be completed on Saturday.

It was indeed a day when the driver's’ skills, techniques and courage along with the sturdiness of their machines were tested to the optimum, with imposing mountains as the backdrop. If on Day 1, they had to cross three deep pits using just two wooden planks as wide as tyres, on Day 2, they were pushed to the limit in three different stages. The fourth stage of the day will be held later in the night.

It all began with the Parallel Finish obstacle race in which the teams had to race on the river bed, going as deep as four feet, in a designated route, while also stopping midstream to change one tyre. Santosh and Shivaraja, assisted by co-drivers Prithviraj and Sanjay, displayed perfect coordination to complete the course in 9:13.18 minutes.

They were beaten to the post by their BODA teammates Pradeep Kumar and Vijay Kumar, who finished in 8:48.03 minutes. Their second-place finish was however enough for them to move up from second place to first in the championship race.

Later in the afternoon, the organisers decided to merge two stages called ‘Tunnel Drive’ and ‘Winch it 2 reach it’ as the first one proved to be too tough to climb. Even though the route was made much easier it eventually proved to be the toughest stage as the two cars in each team had to go race down the hill that was slanted at 45 degrees and then complete the rough 75 degree climb to complete the stage.

Only three teams out of the seven managed to finish this, underlining the difficulty quotient.

Defending champions Kabir Waraich and Gurmeet Virdi of Team Gerrari from Chandigarh slipped to the second place, after falling to the fourth place in the ‘Parallel Drive’ in the morning and finishing third in the merged ‘Winch it 2 Reach it’ stage.

The local North East team led by Ujjal Namshum Chow and Aditya Mein delighted their fans by coming into the top three bracket. They had a good day, taking the third spot in the morning stage and the second place in the afternoon stage.