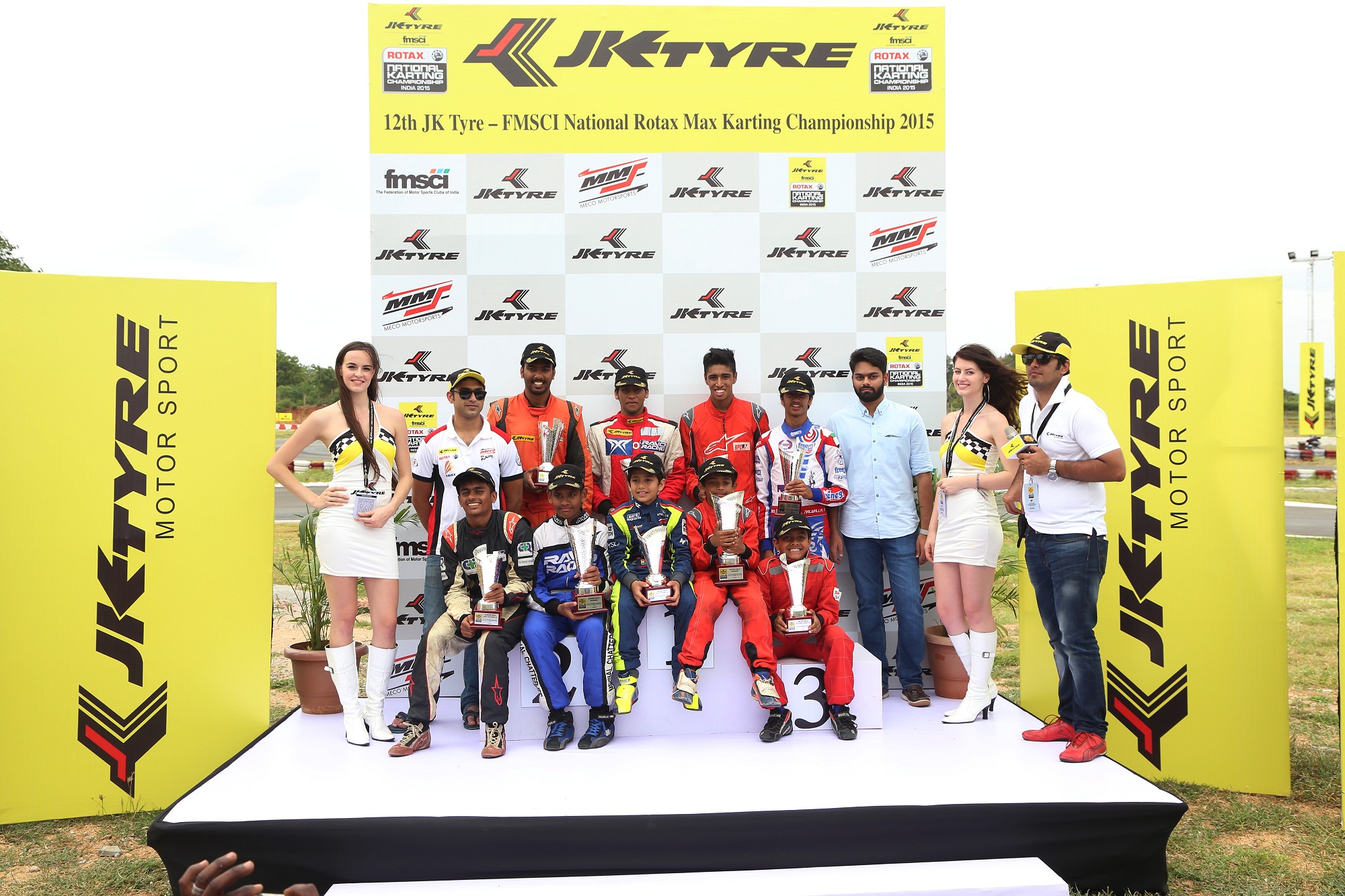 Day 1 witnessed an action packed performance by the drivers as they battled it first amidst rains and then under the floodlights. As this was the very first night race which was held in Hyderabad the atmosphere at Chicane circuit was high. The audience had the opportunity to witness not only some high pumping adrenaline action as the drivers fiercely competed with each other in wet tyres but, a live acrobatic performance which was organized as well that got the audience hooked.

As the racers aggressively competed with each other in wet tyres, Heat 1 in the Micro Max category witnessed Chirag, Arjun and Shahan take the first three positions. However in Heat 2 the tables completely flipped and Arjun took the first place followed by Shahan and Ruhaan. In the Junior Max category, Mohammed Nallwalla, Akash Gowda and Yash Aradhya battled it out to take the first three slots. Heat 2 however came as a surprise to everyone as Aanjan Patodia, Mira Erda and Jonathan Kuriakose were the top 3 beating the heat one winners. Heat 1 of the Senior Max category saw Ricky, Nayan and Chittesh taking the top three positions. Vishnu put in his best efforts and clocked the best time in Heat 2. He was followed by Ricky and Dhruv Mohite.

The pre-finals race in the Micro Max category saw Arjun S Nair from Bangalore dominating the race from get-go. Finishing second was Chirag Ghorpade from Bangalore of team BPC Racing and Ruhaan Alva from Bangalore finished in the third place.

In the Junior Max pre-finals, Mohammed Nallwala outpaced Aanjan Patodia who was in the pole position in the start of the race. Aanjan Patodia who gave a tough fight to Mohammed had to settle in for a second place. Mrinal Chatterjee from Mumbai who displayed excellent racing skills on the circuit finished in third.

The pre-finals race in the Senior Max category was high on action. Ricky who started from the pole position came first again which did not come as a surprise to the audience. The fight between Ameya and Chittesh was quite close however, Ameya took the lead and crossed the finished line second. He was followed by Chittesh Mandody of Kolhapur.

Ruhaan Alva finishedfirst in the finals and amazed the crowd with his fantastic racing skills. Itwas an absolute treat for the audience to watch him race. It was a tough fightbetween Shahan and Arjun, but towards the end Shahan managed to finish the racesecond followed by Arjun who was placed third.

The drivers in the Senior Max category fought tooth and nail from start to finish. Ricky who started from the pole position managed to enthrall the audience yet again. Chittesh and Ameya had a tough fight however it was Chittesh who finished second followed by Ameya. Vishnu Prasad who was the winner of Round one fell low in this round.

The top three winners of each category were awarded in the podium ceremony which was held after all the races.

The 12th JK Tyre-FMSCI Rotax National Karting Championship will be held in Coimbatore for its third round which is scheduled from August 21-23, 2015 at the Kari Motor Speedway.