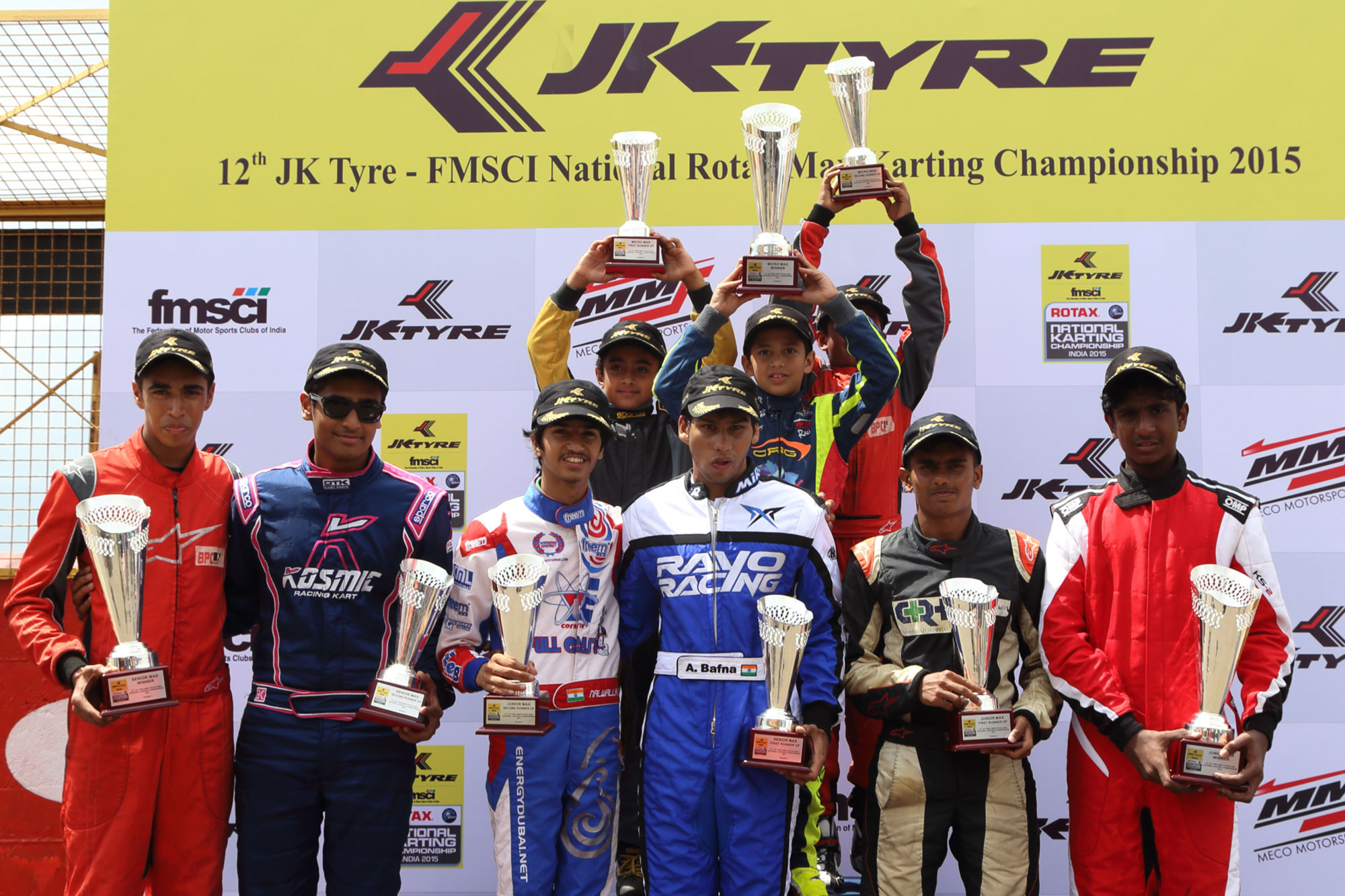 Day 2 started off with the pre-finals & final races of each category namely Micro Max, Junior Max & Senior Max. It was a bright sunny day and the excitement in the atmosphere was high as the drivers geared up to give it their best shot. There were 100 school children among the audience who had come to witness the races and had a good time as they cheered for the drivers.

The pre-finals race in the Micro Max category saw Shahan Ali Mohsin from Agra dominating the race. Chirag Ghorpade from Bangalore representing Team BPC Racing who started off from the pole position clocked the second best time, he was followed by Nikhil Bohra from Bangalore who secured third place.

It was interesting to see how the drivers battled it out in the Junior Max category. Nirmal Umashankar who started from the pole position in the pre-finals, kept the spectators entertained with his superb racing skills. He crossed the finish line first and was followed by Mohmmed Nallwalla and Akash Gowda who placed second and third respectively.

In the Senior Max category, Ameya Bafna put up a tough fight and his action packed performance left everyone thrilled. Finishing second was Nayan Chatterjee and Vishnu Prasad who wasn’t really having a good day on Day 1 managed to cross the finish line third.

In the final race, it was a stiff competition between Shahan and Nikhil throughout the however Shahan continued to dominate the category in the final race and clinched the number one position. It was an absolute treat for the audience to watch him race. Nikhil who was also brilliant on the track was placed second. Chirag who was leading the Heat 1 and 2 races on Day 1, crossed the finish line third.

The drivers in the Junior Max category fought tooth and nail from start to finish. Nirmal Umashankar battled it out aggressively with Akash Gowda and crossed the finish line first. Akash was placed second and Mohmmed Nallwalla finished third.

It was Ricky Donison the winner of Round 2 who took away the chequered flag in the Senior Max final yet again. Ameya Bafna drove his way to a second place finish and the third place was secured by Nayan Chatterjee.

The top three winners of each category were awarded in the podium ceremony which was held after all the races.

The 12th JK Tyre-FMSCI National Rotax Karting Championship will be held in Bangalore for its fourth round which is scheduled from September 25-26, 2015 at the Meco Kartopia track.