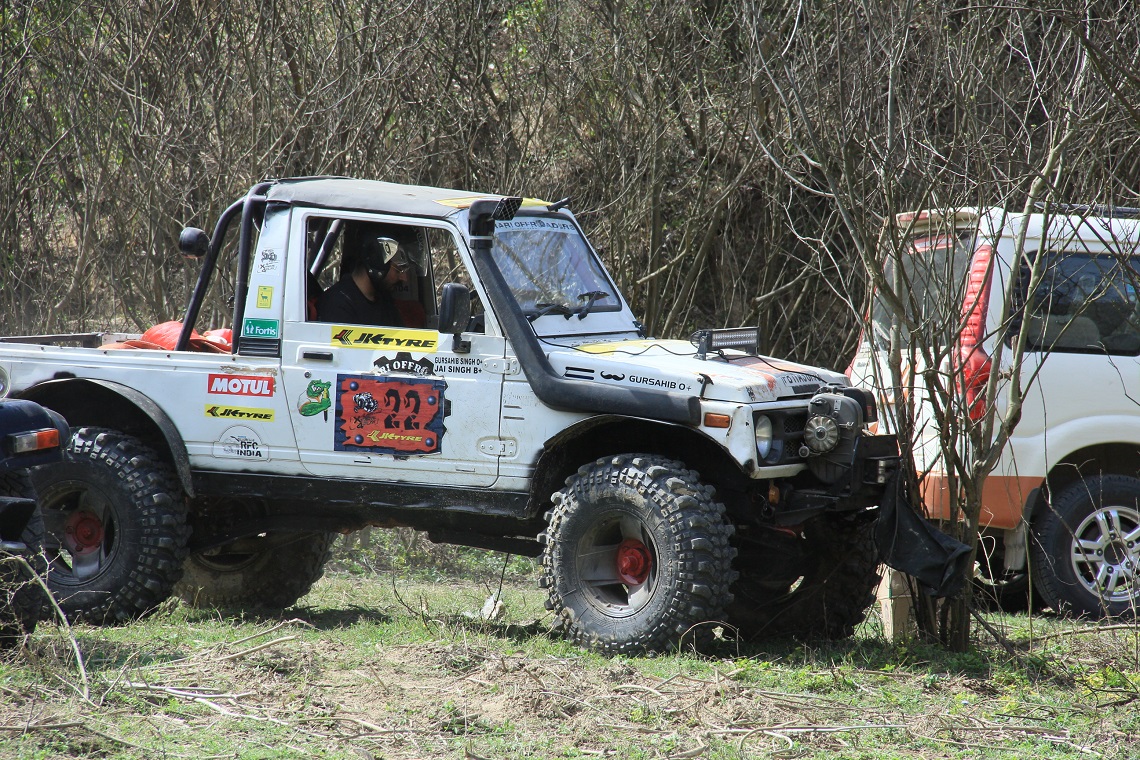 They garnered 455 points to underline their driving skills in tough forest terrain, through water bodies and also their ability to tackle uphill obstacles. Their three-day work fetched them the title, a gorgeous trophy and a cash prize of Rs 2 lakh. They were ably assisted by their co-drivers, Prithviraj A C and Rohith K R, to prove once again that they are the team to beat in India.

This is the second time that the BODA team led by Sidhartha and Lokesh have won a JK title, having annexed the JK Tyre-Orange 4x4 Fury trophy in the picturesque but equally difficult competition in Dambuk Village in Arunachal Pradesh.

For once, however, they will concede that they needed the help of lady luck. Although they won two stages and were competitive in the remaining four too, the local favourites Kabir Warcha and Gurmeet Virdi of Team Gerrari were actually best placed to take the title going into the final day.

They, however, suffered a technical glitch in the penultimate stage and could not even compete in the final one to pick up only 20 points. It meant that their campaign ended with an overall tally of 405 points and they had to be satisfied with the fourth place.

If it was any consolation, their teammates Tejinder Singh and Gurusahib Singh took the second place with a total of 450 points. They paid the penalty for a very poor run in the night stage, the first one of the competition. They were almost flawless in the remaining stages though.

The third place also went to the team from Bangalore, with Vijay Kumar V and Prashant Venkappa garnering a cool 405 points. In all 12 teams (with each team consisting of two cars, two drivers and two co-drivers) from different parts of the country, including Arunachal Pradesh, Kerala, delhi and Haryana, participated.

In the non-modified cars category, the JK 4x4 Play, Lt. Col. S S Dhaliwal and his co-driver Harinder Singh Gill won the title. Dr Ritika Oberoi, the only lady in the fray, was decorated with a special award.