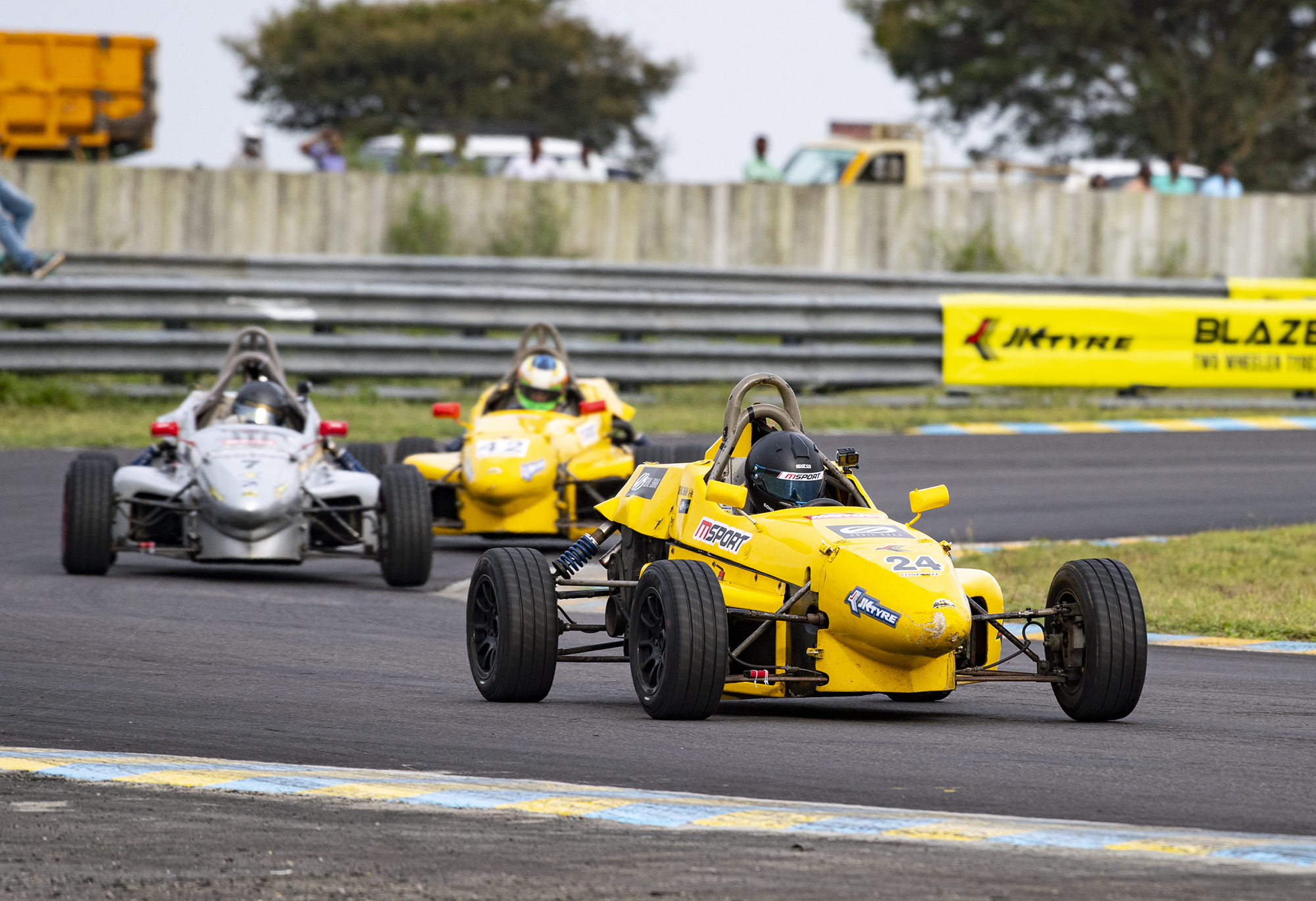 Bangalore’s Sohil Shah made the most of an acrimonious but sensational battle between Vishnu Prasad and Diljith TS to win Race 1 in Round 2 of the JK Tyre FMSCI National Racing Championship here on Saturday.

After a delayed start due to technical safety regulations, two privateers Manav Dougall and Akshay Kapoor, both Delhi, found themselves at P1 and P2. Diljith (Dark Don) and Vishnu (MSport) began at P3 and P4 and brought the race alive at the first corner itself, jumping into the lead.

Chennai’s Vishnu veered to the outside line and smartly overtook the three racers head of him. But Diljith made his move in the second lap, shooting past Vishnu to set up a tense dog-fight. Vishnu chased Diljith relentlessly, forcing him into his first mistake in the 8th lap.

Sohil took advantage of their engaging tussle to jump into the lead. The 18-year-old showed nerves of steel to build on it and eventually win the race for MSport. Diljith took the second place while Vishnu, after a energy-sapping contest, had to be content with the third position.

The JK Tyre Novice Cup too had its share of twists and turns, with Mumbai’s Aaroh Ravindra winning the first race but yielding the second to Mohamed Ryan (Chennai), when the reverse grid came into play.

Aaroh took the second place, though, to maintain his hold on the championship. Strong contender Chirag Ghorpade (Bangalore) finished second in one of the races and eighth in the other to stay in contention.

In the first-ever JK Tyre College Cup, David Ryan of Chennai underlined his prowess by winning the day’s two races.