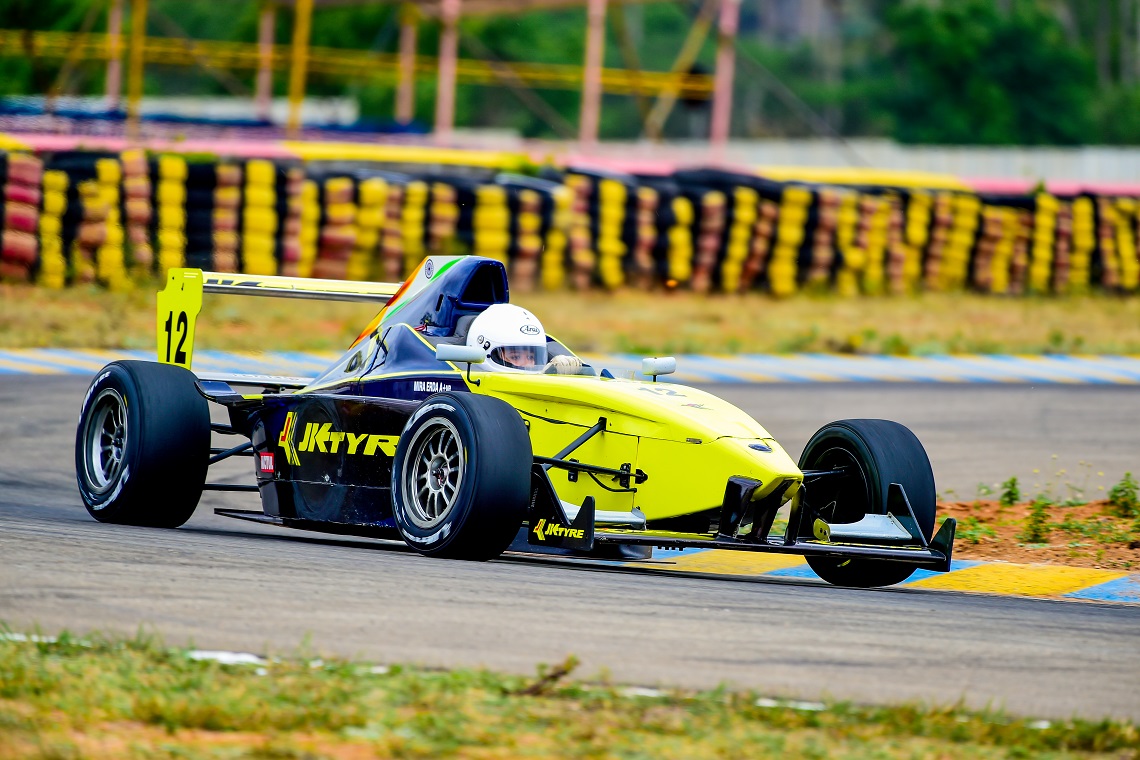 The iconic championship is celebrating its 20th year and JK Motorsport is leaving no stone unturned to befit the occasion. Two well-known international racers will line up along with the country’s top drivers to spice up the action. It promises to be fast, raw and exhilarating.

JK Tyre adds a new dimension to the JKNRC this year, with the introduction of a comprehensive bike category, the JK Tyre presents Suzuki Gixxer Cup.

“We are really excited about this season,” Sanjay Sharma, head of JK Motorsport, said. “Not only is it going to be bigger and grander but we will also have a two-wheeler category for the first time,” he added.

Like always, the Euro JK 17 category, featuring FB02 formula cars, will be the main attraction. A packed grid will go full throttle against each other, with defending champion Anindith Reddy starting as the early favourite.

The Hyderabadi lad won three of the four rounds last year and will be hoping for an encore as he prepares to make the big leap in world racing. He will, however, have to contend with the international racers, Paolo Ippolito from Italy and Ricky Capo from Australia.

Capo will be a major threat, especially after winning the European Le Mans Series. Last year’s second runner-up Nayan Chatterjee (Mumbai) and defending LGB4 champion Vishnu Prasad (Chennai) will also be a force to reckon with as they aim to go a notch higher.

Seventeen-year-old Mira Erda (Vadodara), who will become the first lady driver to compete in the Euro JK 17, will also be keenly watched.

The JK Tyre presents Suzuki Gixxer Cup will also add to the adrenaline rush, with 30 young bikers, including two women, set to burn rubber. The bikers have been carefully selected after four different selection rounds across the country -- Bengaluru in the South, Aizawl in the East, Pune in the West and the National Capital Region in the North.

Hundreds of aspiring racers got the chance to showcase their skills by simply making an appearance at the venues. They were provided Suzuki Gixxer bikes, safety equipment and given the licence to go all out.

The Gixxer Cup will also provide a glorious opportunity for 15 young racers, including eight from Aizawl, in the Rookie category (12-16 years), to make their mark and earn a ticket to represent India at the Red Bull Rookie Cup – Road to MotoGP in Spain.

The selection of so many youngsters from Aizawl in the rookie category is a great sign for Indian motor sport. “There is immense biking talent in the country,” Sanjay Sharma explained. “We had over 1200 fine aspirants and it’s a pity that we couldn’t accommodate more,” he added.

JKNRC’s other popular category, the LGB4, will see as many as 18 racers gunning for glory. Two Sri Lankan racers bring the international flavour while Chennai’s RaghulRangasamy, Mumbai’s pilot-lady racer Sneha Sharma (both Meco Racing) and Delhi’s Rohit Khanna (Dark Don) are expected to be front-runners.