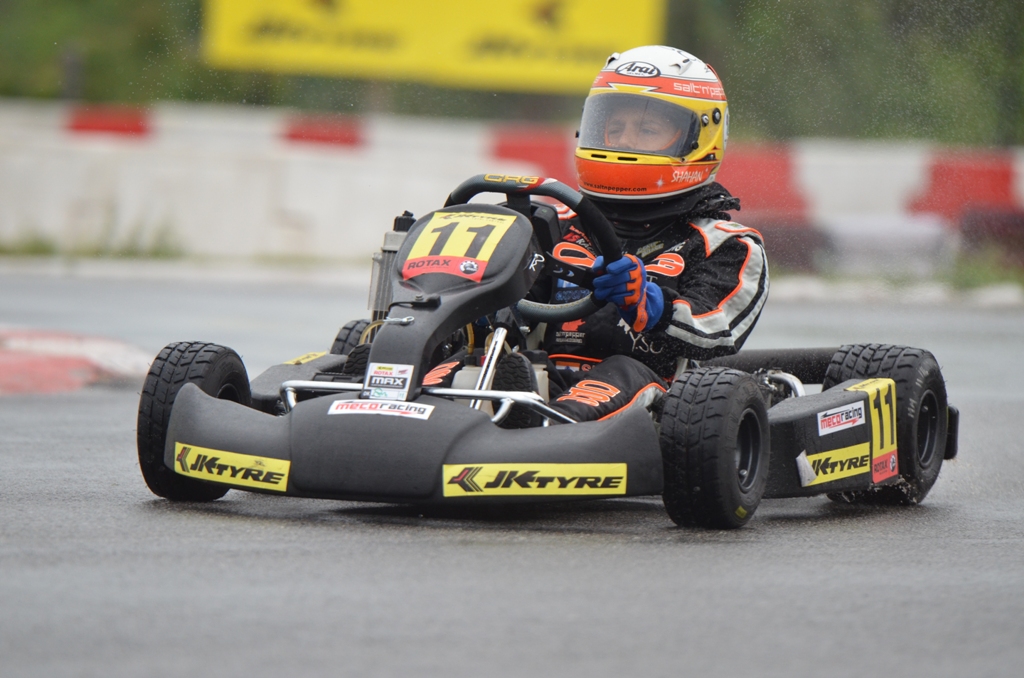 Bengaluru, 31st May 2016: Seven teams and over 40 drivers will be fighting for top honours in the 13th JK Tyre - FMSCI National Rotax Karting Championship that will run over five rounds. The participating drivers will be competing in three classes – Micro Max (7-12 years), Junior Max (13-16 years) and Senior Max (above 15 years).

The JK Tyre - FMSCI National Rotax Karting Championship has been in existence since 2004. It is India’s only professionally run karting championship that enjoys the status of a national championship. From its humble beginning when the races were run in Bangalore and Coimbatore at the Speedzone and Kari Motor Speedway tracks, the Championship now enjoys a pan-India footprint with races being held in Hyderabad, Coimbatore, Bangalore and Kolahpur.

To ensure a level playing field, all teams use single-make Rotax 2-stroke 125 cc engines that are manufactured by Rotax BRP based in Austria, who are the world’s largest kart engine manufacturers. While teams are free to use chassis's of different makes, they are required to meet the stringent specification laid down under Commission Internationale de Karting (CIK) homologation norms. The engines used in the Senior Max category produce a peak power output of 30 bhp, while the Junior Max and Micro Max engines generate 24 bhp and 12 bhp respectively.

With the objective of giving the participants the maximum amount of seat time, the race format consists of one qualifying session, two heats, one pre-final race and one final race in each of the three classes. Points are awarded for the pre-final and the final races at each round. This year the championship will be decided over a total of five rounds.

“We have a clear vision for developing motorsports in the country. And it has to start at the grassroots level with karting. Starting with four-stroke karts in 2000 and two-stroke karts in 2004, the JK Tyre - FMSCI National Rotax Championship has been fulfilling this need, providing the young driver a clear path for making a career in motorsports, going up to F3. To further broaden the base and to make karting even more accessible, we started the IndiKarting Series this year with four-stroke karts,”

Providing a clear path for driver development, the winners of JK Tyre - FMSCI National Rotax Championship in the Junior and Senior Max categories get a seat in the Rotax World Finals where more than 72 drivers from across the world fight it out for the biggest honours in the world of karting.

In addition, the top three podium championship finishers of the Junior Max and Senior Max categories get a full scholarship drive in the JK-FB02 Formula Car, which is the premier tier of racing in the JK Tyre National Racing Championship.

The JK Tyre - FMSCI National Rotax Championship has been promoted by Chennai-based Meco Motorsports with sponsorship from the tyre major since 2004.