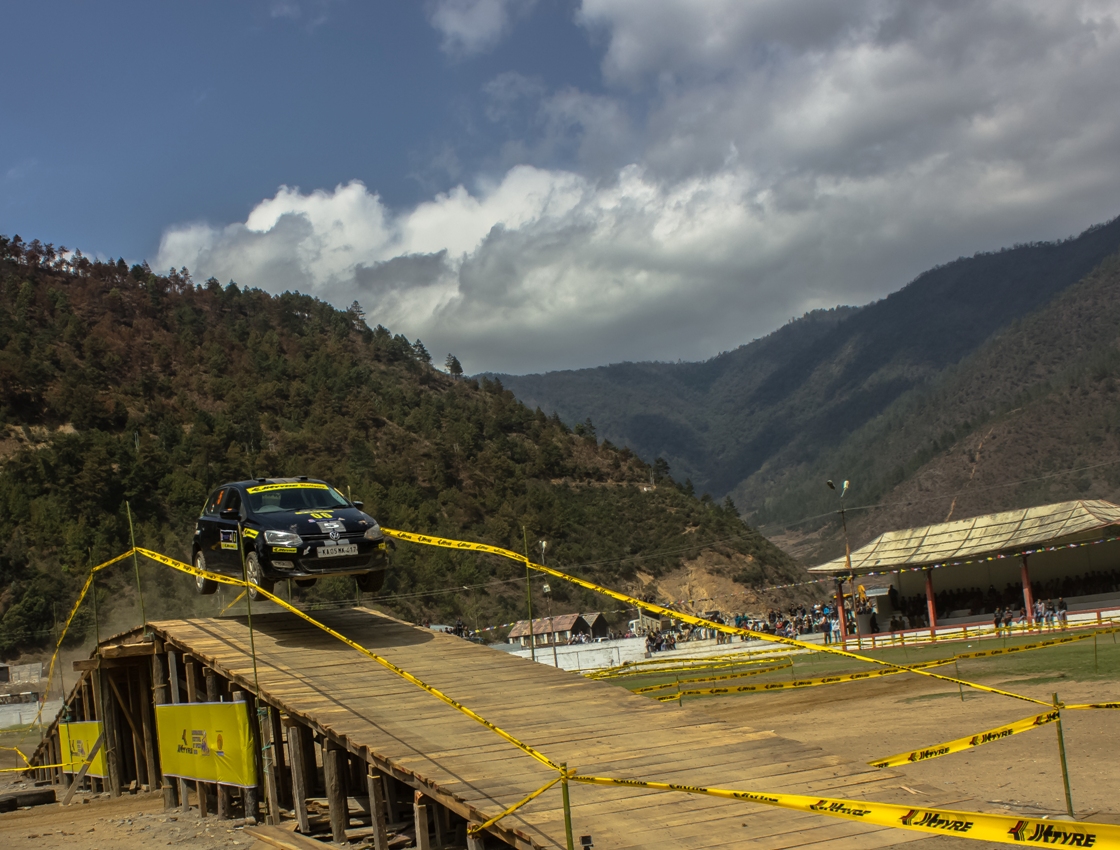 Dirang, 29th March 2016: The picturesque Dirang Valley in the West Kameng district of Arunachal Pradesh, hemmed by towering mountains and breathtaking vistas, is the setting for the third JK Tyre Arunachal Festival of Speed. This magnificent amphitheatre of nature reverberated to the glorious sound of highly-tuned rally cars driven by some of India’s top drivers. The 3rd JK Tyre Arunachal Festival of Speed is a great opportunity for the drivers from the North East region to showcase their talent as they rub shoulders with some of the best rally drivers in the country.

The USP of the JK Tyre Arunachal Festival of Speed, organised by the Motorsports Club of Arunachal, is that it combines three forms of off-road racing and rallying comprising Autocross, Rally Sprint over a distance of 5 km and a 5-km Hill Climb on a single platform. The Rally Sprint, is a single stage rally, will be held in the adjoining Sangti Valley, while the Hill Climb will take place at the Rungja Apple and Kiwi farm.

On the first day, life in Dirang town came to standstill as all roads led to the Lopon Stadium for the Auto Cross. With close to 2500 people in attendance the driver put a fascinating display of speed and car control on the twisty track. But the loudest cheer went to the drivers from the region led by the 2002 Raid de Himalaya winner, Lima Jamir of Nagaland.

This year, the competition level of the JK Tyre Arunachal Festival of Speed has gone up with the participation of some of the top rallying talent in the country. Nine-time Raid de Himalaya winner, Suresh Rana, national rally champion in the Group N 2000 class, Rahul Kantraj, 1600cc national rally champion, Karna Kudur, former Asia Pacific Rally Champion in the two-wheel drive class, Sanjay Takle and ace tuner and much experienced rally driver, Philippos Matthai are some of the marquee names taking part in the 3rd JK Tyre Festival of Speed.

The winners of the 3rd JK Tyre Arunachal Festival of Speed will be decided on the basis of the combined points from the three events. All participants will get three runs in the Auto Cross and the Rally Sprint to set the best time. The fastest to the clock out of the three runs will be taken into account for deciding the winners of each individual event. For the Hill Climb, the drivers will get just one attempt to set their best times.

The ceremonial flag off from the 3rd JK Tyre Arunachal Festival of Speed was done by Brigadier Shailender Singh, Brigade Commander of the 315 Infantry Brigade that guards the country’s border with China.